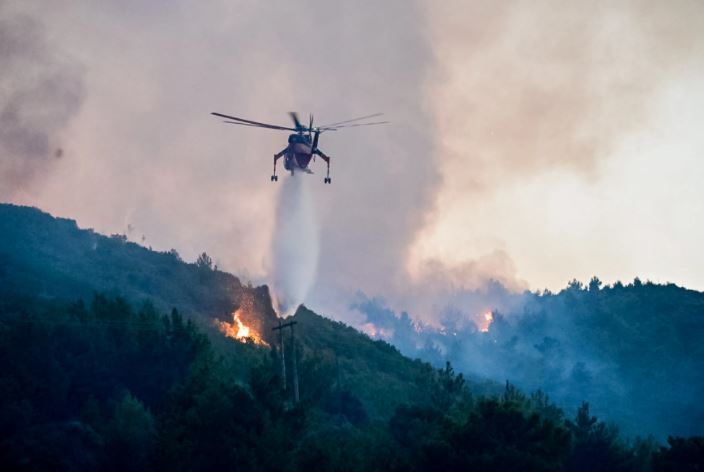 Firefighters are continuing their efforts to put out the large fire that broke out yesterday in Samos. Since the morning, aircraft have been deployed again and every effort is being made to contain the fronts and quell the re-ignitions.

“The situation of the fire in Samos is now better. The perimeter of the fire is large, while we have scattered individual hearths. We are doing what is possible “, emphasised the head of the Fire Brigade, Lieutenant General Stefanos Kolokouris, who has been on the island since last night, together with the National Commander of Civil Protection, Theodosios Dimakogiannis, and are coordinating the operation of the fire brigade. 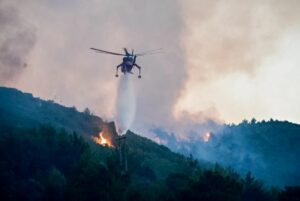 “Currently the fire is in a ravine in the area of ​​Vourliotes, while the winds reach 3 to 4 Beaufort”, the head of the Fire Brigade told Athens News Agency and added: “As far as Kokkari, an order was given for organised evacuation of residents for precautionary reasons, but, in the end, they did not have to leave, since the fire was dealt with effectively”. 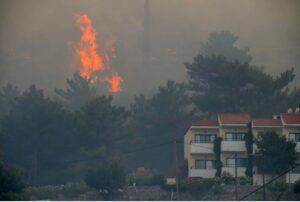 A total of 120 firefighters with 40 vehicles are currently trying to extinguish the fire, which broke out yesterday at noon in the Vourliotes area, while five aircraft are assisting from the air. At the same time, assistance is being provided by volunteer firefighters, construction machinery, and water-carrying trucks from local authorities. 52 more firefighters with 22 vehicles are expected to arrive by boat in Samos from Piraeus. 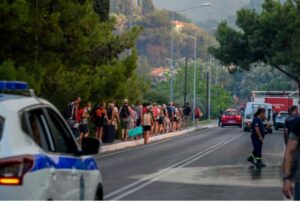 The overnight battle has so far prevented the fire from spreading while at this time there are scattered outbreaks which with frequent re-ignition remain a threat. Special focus is given to three outbreaks in the Tristrato area where the firefighters are fighting, while the air means are also expected to bring it under full control. 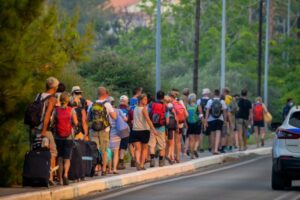