Greek Phalanx vs. Roman Legion: A history of the most powerful military formations in the ancient world

The Greek Tactical Armored Vehicle OPLITIS at the DEFEA 2021 (photos) 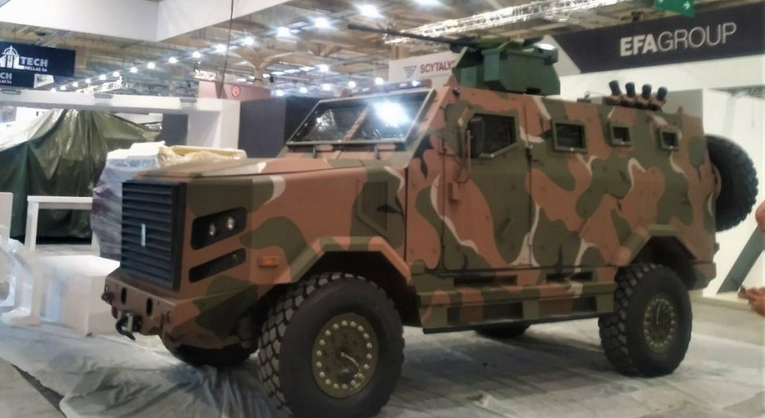 Τhe Greek company EODH officially presented for the first time at the exhibition of defense equipment DEFEA 2021, which opened on Tuesday, the High Mobility Tactical Vehicle OPLITIS (4×4) that it has developed.

It is an armored vehicle with a maximum combat weight of 12 tons that ensures the protected execution of a variety of missions by personnel.

OLITIS was designed to offer the greatest possible adaptability to the user, so that through different configurations it can cover not only standard personnel or escort missions but also to support the fight by using weapons of various types.

From this point of view, OPLITIS is a regular high-agility vehicle suitable for participation in regular and anti-guerrilla operations, offering the supreme protection level for boarding personnel.

The prototype presented in DEFEA 2021 is equipped with a stabilized Remote Weapons Station (RWS), which has a 20 mm gun.

At the rear, on both sides, there are 8 in total smoke grenade launchers while the vehicle is painted in the scheme of the typical camouflage design used by the Greek Army.

In other words, this is not the basic version of the vehicle but a practical demonstration of an equipped version with a representative modern sample of armament, while in reality the options for the customer are many. It is possible to adapt anti-tank missile launchers, rocket baskets, or even 120 mm mortar with the appropriate configuration of the cargo transport area.

In the basic version, the OPLITIS can carry 8 men, including a driver and a co-driver. The personnel in the transport cabin sit in special seat arrangements for maximum protection and absorption of vibrations – accelerations from mine explosions or improvised explosive devices. 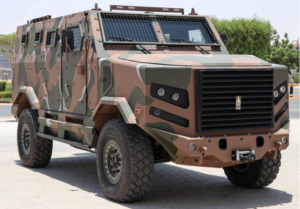 The vehicle on display at the EODH stand has a standard Level III shield, which can be upgraded to Level IV+ depending on the user’s choice.

In terms of market, it is offered with high standards and innovations at highly competitive price to meet domestic and international needs, while at the level of production it can include a number of Greek companies with significant participation.

The process encountered problems due to the pandemic but the goal was achieved nonetheless.