Prime Minister Kyriakos Mitsotakis recently had a VIP dinner on board of top business executive Barry Diller’s yacht,  with Tom Hanks and Rita Wilson, Diane von Furstenberg, Jeff Bezos, and Anderson Cooper. The meeting set high expectations for investment in Greece. The menu, in addition to the delicacies, included investments both in the tourism sector with films scheduled to be shot in Greece and in the technology sector at the suggestion of technology guru, CEO of Amazon giant Jeff Bezos.

The really important news that came out of the sit-down at Antiparos, last Sunday, concerns the movie “Mamma Mia III”. According to sources close to protothema, the shooting of the third iteration of the blockbuster movie will start next October in Crete. 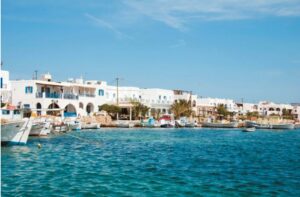 The previous two movies of the musical, “Mamma Mia” in 2008 and “Mamma Mia: Here we go again” in 2018, have brought Universal Studios and its co-producers a total revenue of over $ 1 billion. Respectively, the first film cost 52 million and the second 75 million dollars. 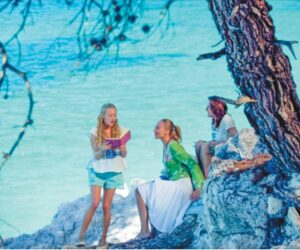 Not coincidentally, among the producers of “Mamma Mia!” Tom Hanks and wife Rita Wilson last Sunday announced directly to Prime Minister Kyriakos Mitsotakis that the long-awaited third film of the highly successful musical will again be characterized by a strong Greek flavour. 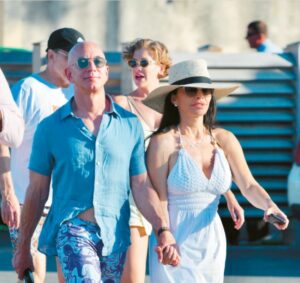 The majestically beautiful Greek landscape was one of the key ingredients for the success of the previous “Mamma Mia!” Only the first “Mamma Mia!” was shot in Greece, and specifically in Skopelos. For the next film, the production chose the sparsely populated but picturesque island of Vis in Croatia – regardless of whether the viewer was left with the impression that the setting was still in Greece, as in the original “Mamma Mia!”.