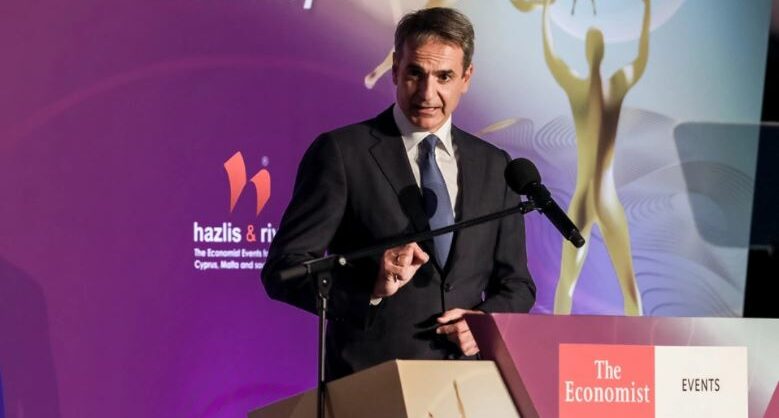 Prime Minister Kyriakos Mitsotakis is speaking at the Economist conference, pointing out that the first two years of the ND government have been positive.

“We faced great challenges in migration, the pandemic and the national provocations in the Aegean and the Mediterranean”, he said, adding that Greece was able to meet the challenges posed by the pandemic with a program that reached 41 billion euros. “At the same time, the reforms did not stop even for a minute with the digitisation of state services”, he noted.

The PM outlined the four reasons he was optimistic about the future for the country:

-First, deposits in Greece account for 14% of GDP and a lot of them will return to the market. I am also optimistic about the course of tourism in the second half.

-Second, Plan Greece 2.0 envisages the first disbursements within 2021, which are over 7 billion euros. In 7 years, the resources of the Recovery Fund will contribute 7% to GDP.

-Third, our economy is borrowing at very low-interest rates.

-The fourth reason has to do with the consequences of the structural changes that took place in the pandemic, such as the digital state, telework, the new work framework, but also the dissolution of myths and stereotypes about Greece that make it an attractive destination for investment, something confirmed by the continuous upgrades from all rating agencies. I believe that the first report of the first two years is positive.