Great news for motor sports fans, as the return of Acropolis Rally to the calendar of the World Rally Championship, will be combined with an exciting special route in the center of Athens!

This was formalized at the presentation of the EKO Acropolis Rally 2021 which took place in the presence of the Deputy Minister of Culture and Sports, Mr. Lefteris Avgenakis, the Minister of Finance, Christos Staikouras, as well as the supporters of the event.

With around ten weeks left for the start of the Acropolis Rally, Mr. Avgenakis welcomed to the “Stavros Niarchos Foundation Cultural Center” all those who believed and chose to support the project of returning the race to the world’s top rally institution. 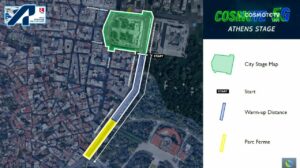 This route will follow immediately after the start ceremony, which will take place under the Acropolis, and will bring the “heart” of WRC in some of the most central streets of Athens. A spectacle that, as Mr. Avgenakis pointed out, “will carry the image of our country from one end of the world to the other”. 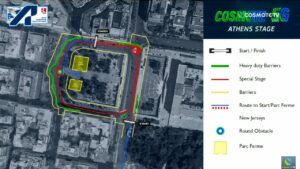 The passage through Athens, as well as three purely competitive days in the mountains of the Peloponnese and Central Greece, are a guarantee for the country’s promotion at the international level.