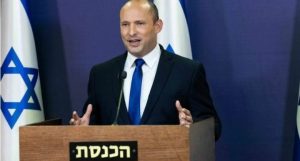 The man who invented the mRNA technology used in some coronavirus vaccines says he was censored by YouTube for sharing his concerns on the vaccines in a podcast.

“[O]ne of my concerns are that the government is not being transparent with us about what those risks are. And so, I’m of the opinion that people have the right to decide whether to accept a vaccine or not, especially since these are experimental vaccines,” said Dr. Robert Malone during a Wednesday segment on Fox News’s Tucker Carlson Tonight, saying YouTube deleted a video of him speaking about the associated risks.

Opening the segment, Carlson shared some studies showing heart inflammation and death correlating with the use of the vaccines.

“A Norwegian study conducted of 100 nursing home residents who died after receiving Pfizer’s corona shots. They found that at least 10 of those deaths were likely caused by the vaccine. 10%,” Carlson said.

“Young adults in the prime of their lives are being forced to take the vaccine because Tony Fauci said that,” he said, contending Malone’s expertise makes him “the single most qualified” person to share information about the technology and warrants him “a right to speak.”

Malone clarified that he was not discouraging the use of the vaccine but was providing people with as much fair information as he could about their risks.

“This is a fundamental right having to do with clinical research ethics,” he said. “And so, my concern is that I know that there are risks. But we don’t have access to the data, and the data haven’t been captured rigorously enough so that we can accurately assess those risks — and therefore … we don’t really have the information that we need to make a reasonable decision.”

Malone discovered in-vitro and in-vivo RNA transfection when he was at the Salk Institute in 1988, and he subsequently invented mRNA vaccines, which are being used over 20 years later to combat the spread of the coronavirus.

YouTube told the Washington Examiner of the video that while it is “open [to] discussions of potential treatments and clinical trials related to COVID-19 on YouTube, based on guidance from the CDC, FDA and other local health authorities, we don’t currently allow content that recommends Ivermectin as an effective treatment or prevention method for the virus.”