The shooting of the Hollywood production for the movie “Barracuda”, starring Antonio Banderas, will start in two weeks in Central Macedonia, Greece. The production will cost a total of twenty million Euros while all the shooting will take place in Greece.

Barracuda producer Robert Van Norden, who met today with the Governor of Central Macedonia, Apostolos Tzitzikostas, said that the production is in the process of location scouting, said that visits are made to various places in Perea, Thermi, Thessaloniki and the surrounding areas. 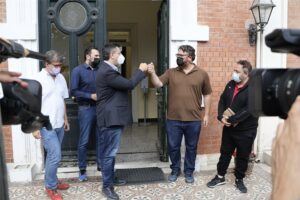 He stressed that indoor and outdoor locations are used as well as the studio space in Thermi and announced that the crews will be in the area for five weeks and a total of thirty days of filming.

“We are lucky to have found most of what we were looking for so far, thanks to the help of the Greek team. We plan to start shooting in two weeks and we are very happy to be in Greece”, he said and added, “it is a film and a film needs all kinds of things. We use whatever we can”. 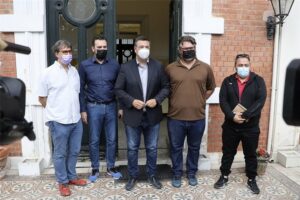 Mr. Van Norden noted that Antonio Banderas will come to Thessaloniki for the shooting, while on the subject of the film he pointed out that it is an action film, a gangster movie, which is about a man who has been a criminal for a long time, is involved in criminal activities and must deal with his own people to save a young girl. And as the script of the film predicts that it takes place in Florida, he pointed out that the job of the producers is to make some parts look like other parts. “This is our job and we are happy to do it in Thessaloniki”, he added.