Cavusoglu in Thrace: Meetings & promises of help to the “Turkish minority” (photos-videos)

As soon as he set foot in Greece and at the “Demokritos” airport in Alexandroupolis, Turkish Foreign Minister Mevlut Cavusoglu spoke of a “Turkish” minority in Thrace, giving the taste of his intentions.

Cavusoglu landed in Alexandroupolis shortly after 10:00′ and then he went to Komotini. However, immediately after he was on Greek soil, he made a provocative tweet referring to a “Turkish minority”. 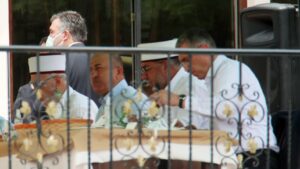 Among the issues raised by the pseudo-muftis was the delay in the payment of those who make a living from secret funds of the Turkish Ministry of Foreign Affairs, in order to declare themselves “oppressed” by the Greek authorities.

“The work of the Muftis contributes greatly to the preservation and strengthening of the unity and solidarity of the Turkish Minority“, the Turkish Foreign Minister commented on Twitter. 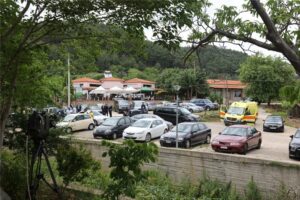 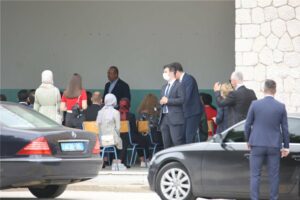 At the same time that Cavusoglu was talking to the pseudo-muftis, journalists and crews of the Turkish media, had a brief tour of Komotini, with an employee of the Turkish consulate.

The Turkish Foreign Minister made two not-scheduled stops, talking to citizens who were on the road to see him. 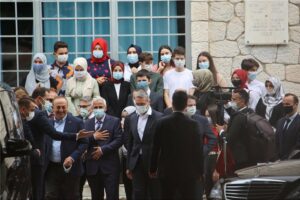 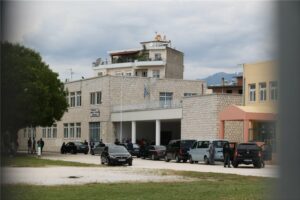 The contacts with the other pro-Turkish members of the minority took place during the meal in the village of Thamna at noon.

After his contacts at the Turkish consulate, Mevlut Cavusoglu was at the Muslim minority high-school of Komotini, where he talked to staff and students, raising the issue of mutual presence of Turkish teachers in Greece and Greeks in Turkey.

The visit will end with a pilgrimage to the tomb of Ahmet Sadik, whom Ankara has turned into a “hero” of the minority.