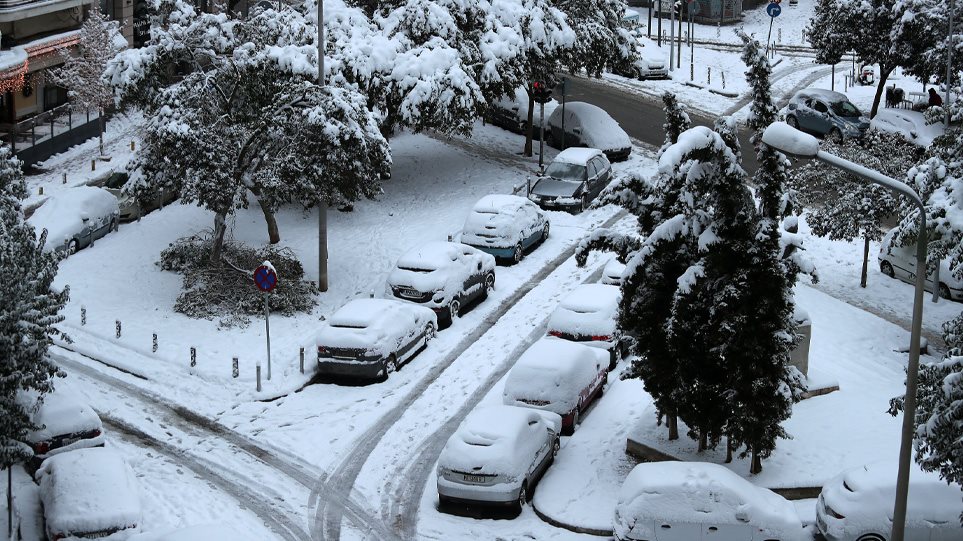 The first phase of the cold weather front “Medea” started on Saturday and is expected to peak today, bringing snow, among others, to Attica and the northern suburbs of Athens from Sunday afternoon onwards.

More specifically, according to the forecast of the National Observatory of Athens / Meteo.gr, initially dense snow is expected at intervals initially in Central Greece and further north, as well as in the rest of the mountains and semi-mountainous areas of the mainland. After Sunday afternoon, the effects will gradually weaken in the north and will be limited to the east and south, with snowfall gradually appearing at lower altitudes, including the northern suburbs of Athens.

Rain or sleet is also forecast from the morning until the afternoon of Sunday in the plains of Western and Eastern Sterea, Peloponnese, and the coasts of Epirus, while thunderstorms will occur in the morning in the Ionian Islands and possibly later in the Cyclades.

In addition to the above phenomena, during Sunday “Medea” will cause very low temperatures in central and northern Greece, heavy frost in places in the north, and complete frost in Western Macedonia, as well as stormy north winds initially in the North Aegean and in the Central Aegean.

Snow started falling yesterday morning in the areas of Florina, Larissa, Karditsa, Kozani, Kastoria, Ptolemaida, Veria, Kavala, Katerini, but also in Halkidiki. In Thessaloniki, snow fell in Thermaikos while the mountains of the prefecture, namely Chortiatis and Oreokastro, were covered in white. The bad weather reached Lamia with rains and snowfall even at lower altitudes.