‘Kikilias: Countdown’ to end of pandemic has begun; healthcare staff to get vaccine first 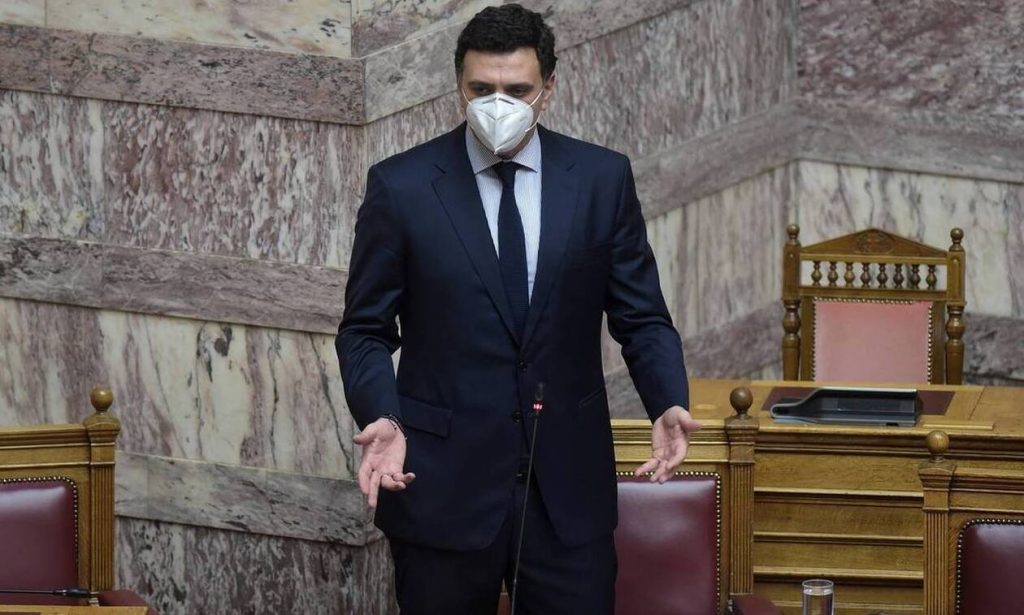 While the five weeks of lockdown and restrictions have brought about some improvement in the levels of the pandemic, this has not happened at the rate that was hoped for, so the country’s health system remains under great pressure and ICUs are full, Health Minister Vassilis Kikilias said on Tuesday, in an interview on Antenna television.

“I believe that if we continue to be careful about our hygiene, with a sense of responsibility and love for our fellow human beings, to follow the public health rules, wear a mask and respect those at risk, then yes, there is hope for a permanent improvement, for optimism and there are also the vaccines ahead and a new prospect opening up for the country,” Kikilias said.
He stressed that the ordeal was nearing its end, as the “countdown” had already begun.

While Greek ICUs were near capacity, Kikilias pointed out that Greece was not alone and that even countries like Germany, with more than 40,000 ICUs, were forced to impose a lockdown because they were unable to control the virus.

“Let us have a true sense that Greece is a country of solidarity and help one another do better. Let us not allow the Christmas holiday, which is a holiday of love, to become the cause for us to face unpleasant situations in January,” he added.

The minister went on to promise daily updates on the state of the pandemic and the vaccines, with transparency, honesty and clear epidemiological and scientific data.

“We will hide nothing from the Greeks. We will proceed carefuly in an organised way under the governmental umbrella, in a collaboration of the health ministry with the digital governance ministry, the citizen protection ministry and the General Secretariat for Civil Defence,” Kikilias said.

He noted that the vaccination project involved thousands of people, raising issues of cybersecurity, safety in transport and a large-scale logistics effort. This involved the vaccination centres, their staff, the two doses of the vaccine, the way citizens will be informed and monitoring by the National Organisation of Medicines, to record any side-effects that may arise.

He said the entire plan will be presented in detail over the coming days, from the special storage freezers acquired by the state to the premises that will be used and all other aspects, saying that the help of the police and the armed forces will be enlisted to assist in security and logistics.

He also announced that the country’s healthcare professionals will be those to be vaccinated first: “We honour the superhuman effort of our healthcare personnel. They will be vaccinated first, providing an example for all Greeks. The doctors, nurses, paramedics have fought an immense battle to save lives all these months, to look after our fellow human beings. A battle of solidarity and a battle for life. We have an obligation to give them the top priority and vaccinate them first in hospitals.”

Kikilias said he wanted healthcare workers to be the ones who proved to Greek society that the vaccines are safe and that “we must all be vaccinated and help our fellow human beings with a wall of solidarity.”

He also promised that the appointments system for a vaccination will be clear and simple, while the country’s 11,000 pharmacies have also been asked to help in this process, for the members of the public that are less digitally skilled.