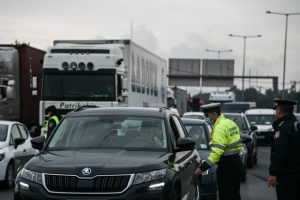 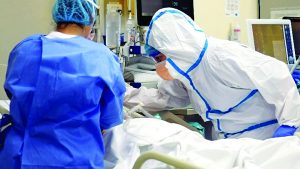 The must-visit churches in Athens

Most people visiting Athens know the city is packed with ancient ruins, archaeological sites, and museums. Turn a corner in the Greek capital and chances are you will come across some ancient column or archaeological site. The Greek capital, however, is also home to some incredible Byzantine-era Orthodox churches that will leave the visitor speechless.
Here is a compilation of churches you must see when visiting Athens:

After admiring the Temple of Olympian Zeus where the Ilissios Rover used to flow in Athens, you can “transport” to the 19th century and see the Church of Agia Fotini in Ilissos. The picturesque church is just a short walk away. It was built in 1872 near the riverbed, now located next to the busy Kallirois Avenue. It is dedicated to Fotini the Samaritan, who, according to tradition, went out to a well and gave water to Jesus. Renovated in 1986, it boasts murals dating from the 18th and 19th centuries.

Agios Georgios is a landmark of the capital of Greece. The whitewashed chapel is perched on top of Lycabettus Hill offering some of the best views of the city and the sea. While the church is a recent construction, dating from the 18th century, some believe that it was built on the site of the ancient temple of Akreos Zeus.

Another iconic landmark and a place where Athenians often meet up and is located on famous pedestrian shopping street of Ermou, is the church of Panagia Kapnikarea. It dates back to the 11th century and is an ideal spot where locals rendezvous and sit down for a chat or coffee. When Ermou Street was constructed in 1834, they planned to relocate the church elsewhere, but it was saved after King Otto’s father’s (Ludwig, King of Bavaria) intervention.

The church is located on the hillsides of the Acropolis and is also known as the Church of the Transfiguration of the Savior. It was built in the 11th century and is found in the picturesque district of Anafiotika, the Cycladic-inspired area under the Sacred Rock. It features a cross-in-square layout with a typical Athenian dome.

Many would agree that the imposing Metropolitan Cathedral is a breathtaking church, and for good reason. A major landmark of the Greek capital, its magnificent façade is as striking as its interior. But we have a slight crush on the church next door, the tiny Agios Eleftherios Church, dubbed the Mikri Metropoli (little metropolitan church). This Byzantine church is decorated with over 80 ancient sculptures, and many of the reliefs on the façade come from ancient buildings of the city, possibly the Roman Agora. Built in the 13th century, Agios Eleftherios is one of the few churches in the capital that has maintained its original form since its construction.

Built in the 11th century, the church of Agios Nikolaos Ragavas lies in Plaka, on Pritaniou Street. Once part of the estate of the Ragavis family, an eminent Byzantine family of Athens, the church features a basic cross-in-square design and is topped by an Athenian-style dome. It was the first church to receive its bell after the country’s independence in 1821. Today, it is on display inside the church.

Located in the green park of Filopappos Hill at the foot of the Hill of the Nymphs near Dionissiou Areopagitou Street, the picturesque chapel of Agios Dimitrios Loubardiaris dates from the 16th century. Including remarkable frescos, this church is a one-aisled church with a façade adorned with clay and marble. Tradition has it that the church took its name after a cannon (loubarda) blew up in the propylaea of the chapel in the 17th century.

The Pakistani leader of a gang, whose knife-wielding members broke into an apartment in Kaminia last Saturday and slaughtered a… 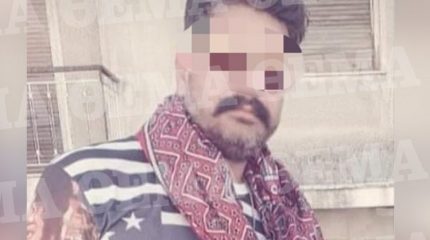 The Pakistani leader of a gang, whose knife-wielding members broke into an apartment in Kaminia last Saturday and slaughtered a 29-year-old man and brutally beat two other…

The Pakistani leader of a gang, whose knife-wielding members broke into an apartment in Kaminia last Saturday and slaughtered a 29-year-old man and brutally beat two other…