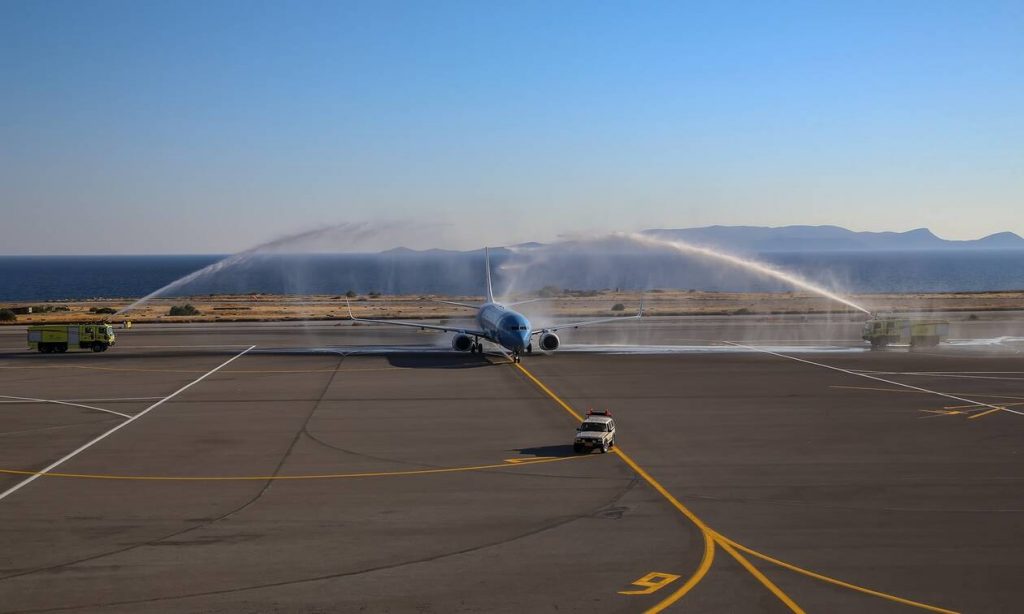 Α flight from Hannover on Wednesday morning inaugurated the tourist season for the city of Heraklio, Crete, after the re-opening of Nikos Kazantzakis airport to international flights.

The reception of the first aeroplane was held, according to the tradition with a water arch and a small event in the presence of the local authorities that welcomed the first visitors with music and treats.

The first aeroplane landed full of passengers who totally complied with the health protection rules stating ready to begin their holidays on the island.

The protocol measures were launched immediately after the landing as 825 blood samples will be collected every day from passengers arriving at the airport.

Pliakas expressed his optimism as all the flights are full adding that 20 blood samples were collected from the first flight that carried 167 passengers.

The head of TUI Group in Greece Giorgos Dimas underlined that today is a very important day adding that TUI’s target is to reach 50 pct of last year’s tourist traffic.

“We are finally inaugurating the summer season and wish to avoid any problems until the end of the year in order to meet the arrivals’ target. The messages are positive but of course it is early and we will wait and see the tourist flow in the next days,” he said.

On his part, the mayor of Heraklio Vassilis Lambrinos said that there is a structured plan in order for all the services to be on alertness.