101 years since the Pontian Greek Genocide 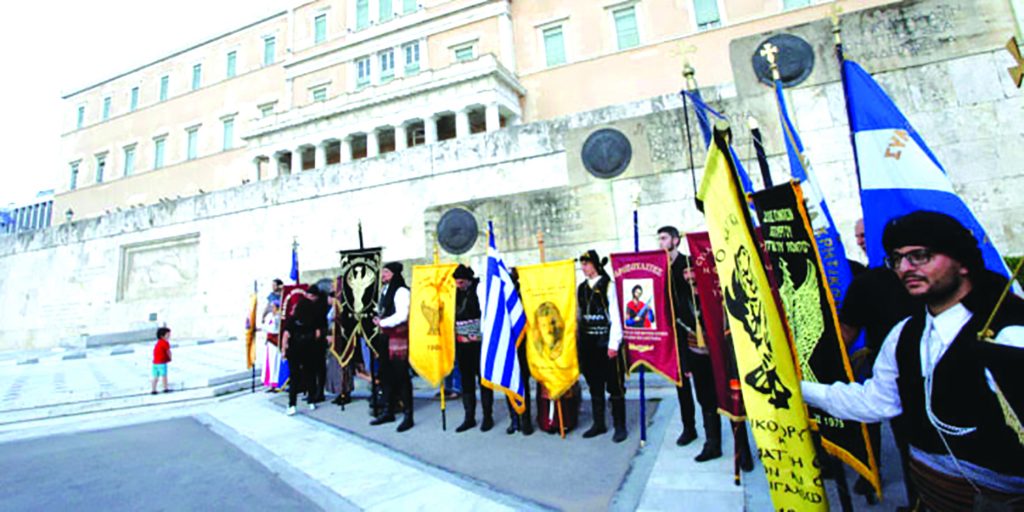 Today is the anniversary of the 101 years since the Genocide of the Greeks of Asia Minor and Pontus.

Many people are aware of the Armenian genocide in 1915 by the Ottoman Empire, but a massive ethnic cleansing perpetrated again by the Ottomans and Turkey which has remained relatively unknown was that of the genocide of the Greeks of the then Ottoman Empire and especially the Pontian Greeks who lived on the shores of the Black Sea and in the Pontian Mountains of northeastern Anatolia.

May 19 has been designated by the Greek parliament as an official Day of Remembrance for the Pontian Greeks who were the victims of this genocide by the crumbling Ottoman Empire and its emerging successor-state Turkey at the start of the 20th century (1919).

The leader of the emerging nationalist group called “Young Turks”, Mustafa Kemal (Ataturk) landed in Samsun on the Black Sea shores on May 19, 1919, and intensified the brutal campaign of ethnic cleansing that had already been in motion by massacring Pontian Greeks under the guidance of German and Soviet advisers.

Those who managed to escape the deadly persecution fled to the Russian Empire as refugees while the remaining Pontian Greeks who still lived in the Ottoman Empire were uprooted and transferred to Greece under the terms of a population treaty between Greece and Turkey after the end of the (1919-22) war and the Asia Minor Catastrophe.

The systematic genocide of the Christian Ottoman Greek population was similar in planning to that of the Armenian population in Anatolia. During the summer of 2014 the Special Organization (Teşkilat-ı Mahsusa), assisted by government and army officials, conscripted Greek men of military age from Thrace and western Anatolia into Labour Battalions in which hundreds of thousands died.

Sent hundreds of miles into the Interior of Anatolia, these conscripts were employed in road-making, building, tunnel excavating and other field work but their numbers were heavily reduced through either privations and ill-treatment or by outright massacre by their Ottoman guards.

In December 2007 the International Association of Genocide Scholars (IAGS) passed a resolution affirming that the 1914–23 campaign against Ottoman Greeks constituted genocide. Utilizing the term “Greek Genocide”, the resolution affirmed that alongside the Assyrians, Ottoman Greeks were subject to a genocide “qualitatively similar” to the Ottoman genocide of the Armenians.

IAGS President Gregory Stanton urged the Turkish government to finally acknowledge the three genocides: “The history of these genocides is clear, and there is no more excuse for the current Turkish government, which did not itself commit the crimes, to deny the facts.” Drafted by Canadian scholar Adam Jones, the resolution was adopted on 1 December 2007 with the support of 83% of all voting IAGS members.