US Ambassador Geoffrey Pyatt: We are impressed how the Greek government attacked the coronavirus 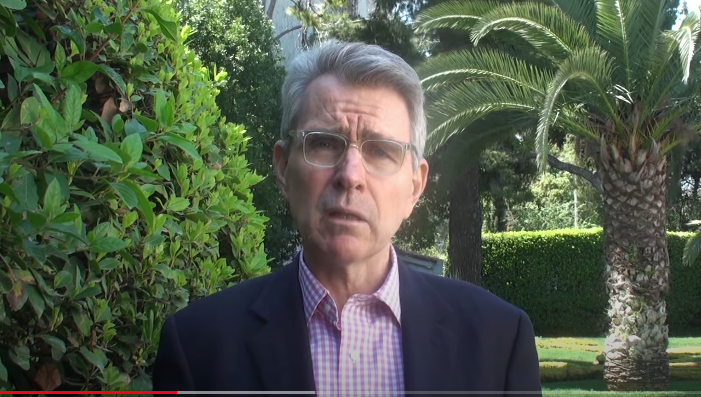 The US Ambassador to Greece, Geoffrey Pyatt, congratulated PM Kyriakos Mitsotakis and his government on the immediate and effective measures taken to contain the Covid-19 virus spread during a recorded message to the the members and the community of the Hellenic-American Chamber of Commerce on the occasion of Easter.

Mr. Pyatt said he was impressed on how the Greek government attacked the coronavirus problem. “Greece have been ahead of the curve, consistently. The Prime Minister and his team have taken courageous measures, which are producing real results in terms of reducing the lethality of the disease here in Greece”, the top US diplomat said in his message.

The US Ambassador underlined the American commitment to continued leadership as the all countries worked together to meet the challenge, pointing out that the US has committed 274 million dollars to initiatives around the world to the fights against the virus.

He went on to emphasise the strong ties between Greece and the US, expressing optimism that all together we would face the crisis. Mr. Pyatt noted that the embassy’s priority after the end of the crisis the planet was experiencing was to actively support investment and economic growth in our Greece.