Migrant Crisis: The 18 Fake News of the last days 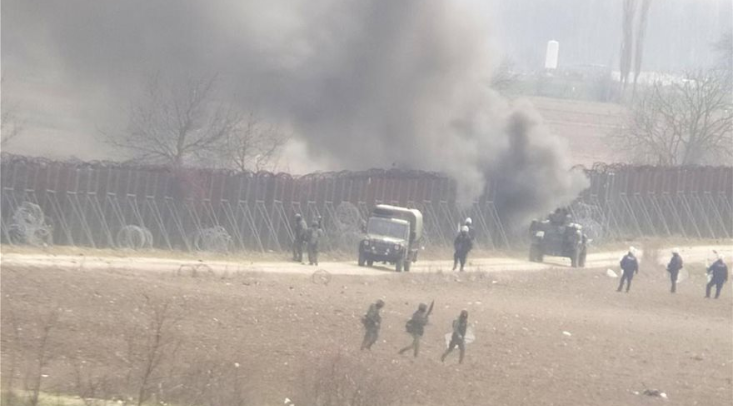 Beyond the tension at its border with Turkey, Greece is confronted with a plethora of fake news that has been circulating ever since Recep Tayyip Erdogan decided to open his country’s border.

At the same time, there are a number of cases of false information that exploit the pain and anxiety of asylum seekers for a better life, misinforming them with “news” that the border to the EU are opening.

The “Fake News Watch” of the Greek governing party of New Democracy has collected 18 fake news that at this critical time Greece makes an effort to enhance its border security, as well as to internationalize the migrant problem, they disorientate, create false impressions and ultimately lead to an ineffective management of the crisis.

The 18 Fake News of the last days:

1. Greece withdrew its veto on Turkey to NATO (Turkish agencies and media).

2. The Greek village of Kastanies at border area wasevacuated. Women and children fled the village as they are afraid that the defence lines will break.

3. A 2016 video from Idomeni was presented as being footage from Evros, to demonstrate the alleged weak border security.

4. They represent the suspension of asylum applications and the immediate return to the country of origin without registration as “unlawful”.

These specific decisions contained in the 5 decisions of the Government Foreign Affairs & Defence Council are lawful and in accordance with Article 78 (3) of the Treaty on European Union, which Greece invokes so that provisional measures will be taken in favor of the Hellenic Republic in response to an emergency in the event of a sudden influx of third-country nationals.

5. Reserves are called to arms…

6. The refugees are enemies of the Greek Government.

7. What we see in Evros is staged by the Greek Government.

8. Stelios Petsas confessed that the Greek veto against Turkey in NATO was a lie.

The best response to the latter is the joint visit of the heads of the European institutions with the Prime Minister to Evros and the joint statements that followed.

13. Greek authorities shoot immigrants and throw bombs at them so they do not cross the border. (Turkish media, social media, statements by Turkish officials).

16. Mitsotakis is a nationalist leader.

17. The Prime Minister was abroad to London in the last days (social media).

18. By dispersing fake news, they send migrants from Moria in bulk at the port of Lesvos.

As Greece tries to reveal the truth of what is happening at its borders, a video was made and shown to the heads of the European institutions that visited the area along with the Greek PM Kyriakos Mitsotakis.