The Greek language is the greatest ambassador of Hellenism 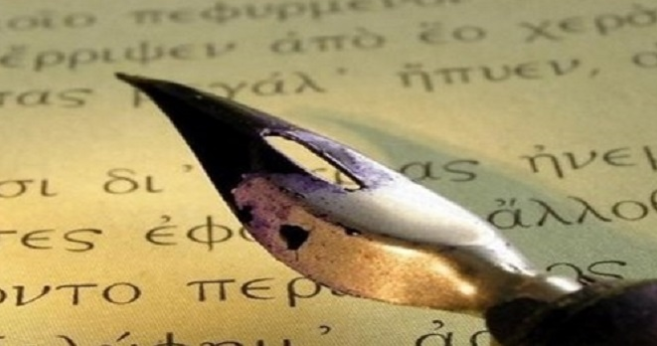 Whenever Greece faces challenges with its public image, such as the unfair comments made against Greeks during last decade’s devastating financial crisis, its greatest ambassador is always there to remind people of the importance of Hellenism for the whole world.

The greatest ambassador for Greece is no other than the Greek language itself.

With over 3,400 years of documented history, the Greek language has heavily influenced all western languages. English is no exception, as to this day it still uses the roots of Greek words to coin new terms.

Greeks were one of the first people to describe complex medical, mathematical and philosophical concepts, gifting in this way a plethora of words that are still used in these fields today.

The Greek language didn’t stop, however, with the scientific and natural world. It conquered many other fields, including the arts, and lent words to many languages to help them describe concepts in literature, music, architecture, and the fine arts.

Whether you work in an orchestra or a supermarket, whether you study business or sing opera arias, whether you are a doctor or a university professor, you use Greek words every single day.

Surely you must have heard all these impressive facts about the Greek language before. You know that about 12% of all English words derive from Greek, the fact that the Greek alphabet was the first one to use vowels, and that the longest word to ever appear in literature was Greek.

Written by the ancient Greek playwright Aristophanes in a hilarious effort to describe the fictional dish full of different kinds of meat, the word is: “λοπαδο­τεμαχο­σελαχο­γαλεο­κρανιο­λειψανο­δριμ­υπο­τριμματο­σιλφιο­καραβο­μελιτο­κατακεχυ­μενο­κιχλ­επι­κοσσυφο­φαττο­περιστερ­αλεκτρυον­οπτο­κεφαλλιο­κιγκλο­πελειο­λαγῳο­σιραιο­βαφη­τραγανο­πτερύγων.”

The list of the Greek language’s gifts to the world is endless. And while it is true that this language invented and described for the first time many meaningful concepts in science, medicine, and art, its beauty does not stop there.