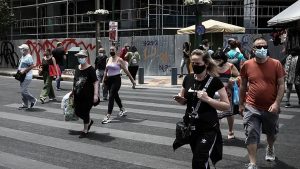 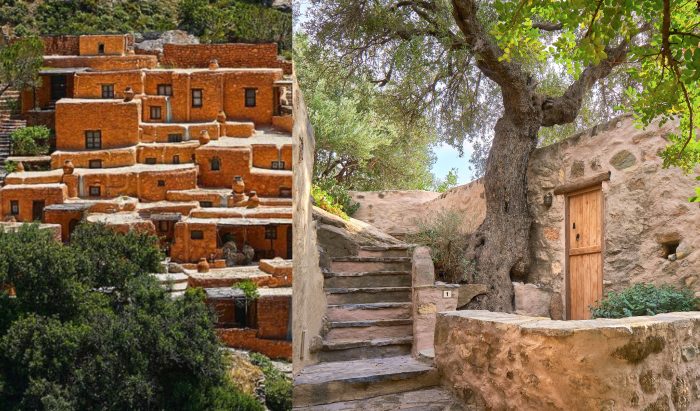 Áspros Potamós (White River in English) is a settlement in eastern Crete, in the regional unit of Lasithi, whose history and past are blending nicely with modern-day entrepreneurship, offering its lucky visitors an unforgettable experience.

A few years ago, this ancient, abandoned village was turned into a brand-new resort, where traditional cottages and small hotels now dot the area. All are in complete harmony with the surrounding environment as well as the region’s history.

The region and its settlement is known to be the oldest human settlement in the broader area called Pefki.

The settlement dates back to Venetian times, when the once-powerful Mediterranean Republic ruled the seas of the entire region.

Áspros Potamós is said to have been quite a bit larger in size before repeated pirate attacks forced its inhabitants to leave their beautiful village in an effort to find refuge from the lawless maritime rogues.

After the abandonment of the village, all one could find there were a few ancient olive trees, abandoned buildings — and of course, no tourists whatsoever.

Even the land on which the villagers grew their crops was at a much lower level than where the village stood centuries ago, adding to its isolation.

The old village had a unique architectural style which is rarely seen in modern-day Greece: its homes, which were built in the Middle Ages, were very small, basic cottages, consisting of only two rooms – traditionally, one for the family and another for the animals.

The story of the remarkable transformation of Áspros Potamós’ began in the 1990s.

The cottages, originally no more than twenty dwellings without any bathroom or toilet amenities whatsoever, were left for many years to the mercy of the wet Cretan winter and its long, dry, hot summers.

Nearly three decades ago, its current owners saw a great potential in what seemed to be a community which had been lost to time.

Some of the cottages even have swimming pools. Photo credit: White River Cottages
They renovated and restored the traditional houses, managing to turn them into a unique, modern, eco-friendly complex with rooms for tourist accommodation.

Paying great attention to detail, using natural materials such as stone and wood, and respecting the basic elements of the village’s character, they managed to keep each building’s original form.

The interiors of the cottages were beautifully renovated, showing great respect to their ancient owners and reminding visitors of an era which was thought to be long forgotten.

The decor for all the accommodations is simple, taking advantage of traditional objects such as small tables, old wooden beams, accessories for traditional breadmaking, old woven fabrics, and pots and pans.

The bases for all the cottages’ beds are, just as in ancient times, made of stone.

The cottages’ interiors have a clean, spare look, in accordance with their past. Credit: White River Cottages
Original windows and walls of bedrock, ceilings with of crossbeams, and the use of straw and soil for insulation, all help to maintain the traditional style of the cottages. The houses are connected by a network of traditional stone paths, and thick outer walls made of stone and rock keep the houses cool in the summer and warm in the winter.

All the rooms are lit with oil lamps and candles, and there are no electrical devices or power outlets in-house, making the experience of staying there unique and absolutely unforgettable.

Guests do have access to power outlets in the resort’s reception area, the only place which has electrical power. There is also a library which offers Wifi free of charge, for those who absolutely cannot live without a connection to the outer world.

For the hiker or nature lover, for the world explorer — or just someone who is tired of the stressful routine of the big city — Aspros Potamos is an idyllic, remote oasis which is an absolute gem for the discerning traveler to Crete. 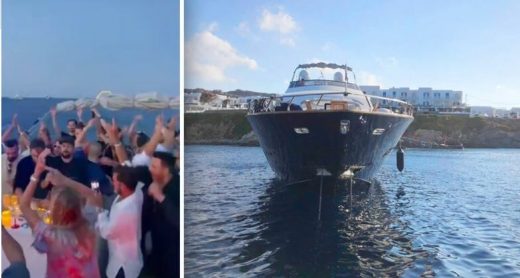