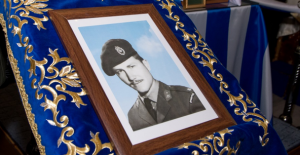 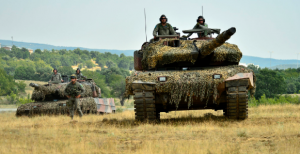 Greek asylum to refugees “not indefinite” and reversible 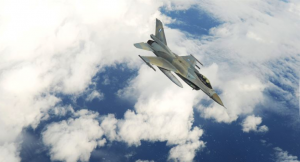 The Exclusive Maritime Economic Zones in the Mediterranean

It is Turkey, however, which has currently allied with al-Sarraj’s Tripolitania to avoid the harsh conditions that Cyprus and Greece have long imposed on its EEZ.

In principle, Turkey wants economic equality in Cyprus between the two ethnic groups, namely the Greek and the Turkish ones.

Therefore it forces -often manu militari – the external exploration ships to move away from the Cypriot sea, which is an excellent future extraction area.

Turkey’s idea – which has so far proved effective – serves to separate the Greek contact and continuity with the neighbouring maritime areas of Cyprus and Egypt, so as to avoid the Greek control of the EastMed gas pipeline and hence break the continuity line between Southern Europe and Africa, which is needed mainly by Italy.

It is useless to resort to more or less universal lawyers and courts of justice. We need to “carry the sword”, as Our Lord Jesus Christ also advises.

The new Turkish EEZ stretches from the Kas-Marmaris line, on the edge of the Kastellorizo island to the south of Crete, with a triangle that enters the maritime area between the EEZs of Greece, Cyprus and Egypt.

Clearly the aim is to isolate the Greek EEZ from the Cypriot and East and South Mediterranean ones, which have already been classified as particularly rich in oil and gas.

So far Turkey has not specified the precise geographical and geo-mathematical boundaries of its new EEZ, but Egypt has also dismissed it as “illegal” and Greece has branded it as “absurd”.

A possible strategic calculation is what makes us think that Turkey still regards al-Sarraj in Tripolitania as a card to play for a possible future victory against Khalifa Haftar. It is likely, however, that President Erdogan simply considers al-Sarraj the safest card to play anyway, thanks to his Westernist affiliations.

Westerners will not abandon al-Sarraj and his Tripolitania full of jihadists and Muslim Brothers. This is music to Erdogan’s ears, since he does not want to be left alone to hold the bag of a failed State, namely Tripolitania.

Either you are smart on your own – and Erdogan certainly is, besides being an expert strategist – or you trust other people’s stupidity and, in this case, nothing is better than Westerners’ foreign policy.

In principle, however, what is an EEZ? According to the 1982 Convention on the Law of the Sea, which fully entered into force on November 16, 1994, it is the largest sea area – which, however, cannot exceed 200 miles – in which a coastal State exercises its sovereign rights on the body of water for managing natural resources, such as fishing or the extraction of oil, gas or other substances, as well as for the ecological and biological protection of the marine environment. We should not overlook also scientific research into the sea environment, which is currently essential for technological evolution.

The funeral service of popular Greek actor Kostas Voutsas, who died on Wednesday at the age of 88, will be…

Greece’s international creditors are expected to publish their report on the Greek economy as part of the fifth post-bailout review today. According to local reports, the report… 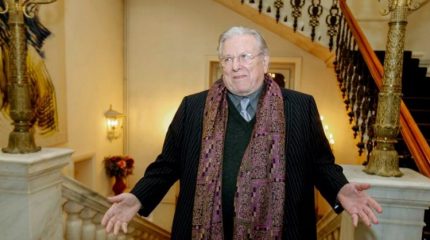 The funeral service of popular Greek actor Kostas Voutsas, who died on Wednesday at the age of 88, will be held at the Metropolis of Athens on…

Greece’s international creditors are expected to publish their report on the Greek economy as part of the fifth post-bailout review today. According to local reports, the report…

The funeral service of popular Greek actor Kostas Voutsas, who died on Wednesday at the age of 88, will be held at the Metropolis of Athens on…