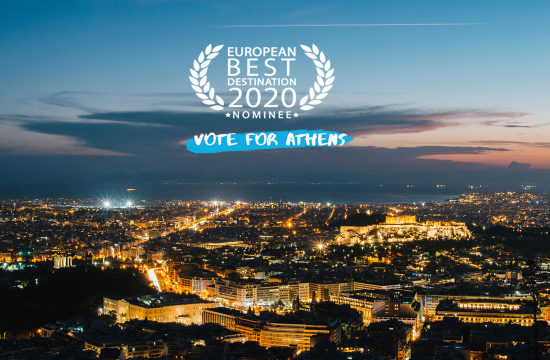 There’s a tough competition but Athens, which has picked up a reputation as having a buzz if still not able to shed its image as grimy and dirty, is among the 20 nominees for Europe’s best destination in 2020.

That will be voted on by users of the website European Best Destinations in association with the continent’s largest travel agencies which could let fans of certain spots pack the online ballot boxes for their favorites.

It was described as, “Birthplace of philosophy, democracy, and drama, Athens is not only an open-air museum of world-class cultural heritage attractions but also a contemporary metropolis with an urban personality … It added that “With equal measures of grunge and grace, Athens merges the past with the present in the most slender way! A city of paradoxes and great contrasts.”

It won’t be easy to win as last year Budapest ran away with the competition, getting more than 500,000 votes, but the little-known Braga in Portugal and Monte Isola in Italy came in second and third.

This year the rivals are Madrid, Paris, Berlin, and Rome, giving Athens a tough draw against cities that are among the world’s most favored destinations by scores of millions of travelers coming to Europe. The competition is meant to foster culture and tourism.