Greece to ask for NATO support over Turkish-Libyan military agreement 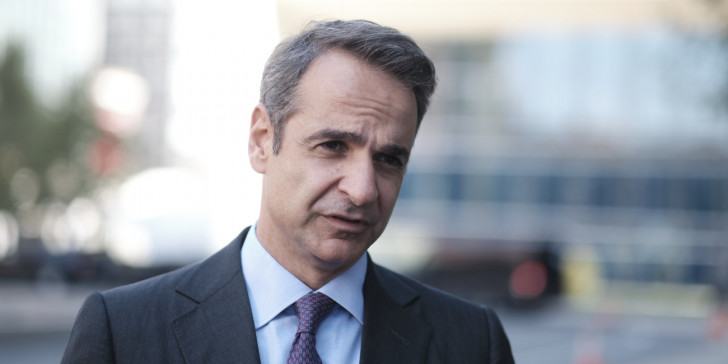 Greece will seek support from NATO at an alliance summit in London this week following a military deal signed by Turkey and Libya’s UN-recognised government, Greek Prime Minister Kyriakos Mitsotakis said on Sunday.

Turkish President Recep Tayyip Erdogan met with the head of the Tripoli-based Government of National Accord (GNA), Prime Minister Fayed al-Sarraj, on Wednesday to sign agreements on security and military cooperation, as well as maritime jurisdictions.

The agreements have also raised hackles in Egypt and Cyprus, according to the UN’s Libya envoy Ghassan Salame.

“An alliance cannot remain indifferent when one of its members openly violates international law and aims (to harm) another member,” Mitsotakis said in a speech to his New Democracy party on Sunday.

Greece last week expressed its dissatisfaction with the accord and summoned the ambassadors of Turkey and Libya in Greece to ask for information on its content.

The deal comes despite calls from the Arab League — which includes Libya — to end cooperation with Turkey in protest of its military offensive against Kurdish forces in Syria last month.

Libya has been mired in chaos since a NATO-backed uprising that toppled and killed dictator Moamer Kadhafi in 2011.

Saudi Arabia, Egypt and the UAE back Khalifa Haftar, a military strongman in eastern Libya who launched an offensive in April in a bid to seize Tripoli from fighters loyal to the GNA.

Located in the southeastern Mediterranean, Greece — a NATO member like Turkey — maintains a delicate relationship with its neighbour, which has become a gateway to Europe with thousands of asylum-seekers flocking to the Greek islands.