Did US mainstream media collude to hype Greta Thunberg phenomenon? 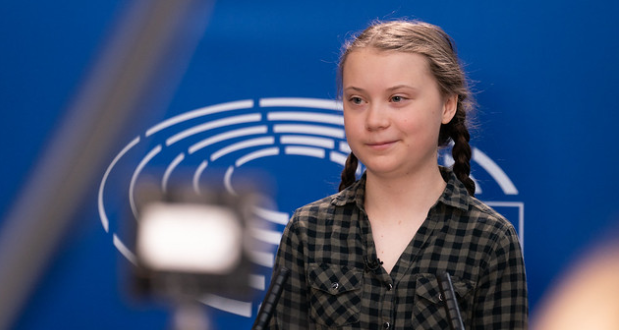 Over 250 news outlets and journalists partnered with Columbia University School of Journalism’s flagship magazine to shape control of “climate crisis” coverage in the lead up to the United Nations climate conference. The coverage-coordination initiative included directing how much time, space and prominence should be devoted to the coverage, and asking that climate “news” be added to seemingly unrelated stories.

Some of the biggest media outlets in the country, such as CBS and Bloomberg, joined the effort. But others, such as The Washington Post and The New York Times, declined to participate in a project they reportedly feared appeared activist in nature. More troubling, a number of the major outlets that joined did not disclose participation to their readers.

Much of the group’s coverage leading up to the U.S. climate summit focused on Swedish activist Greta Thunberg, a 16-year-old girl who traveled to the U.S. in August on a racing yacht. Her visit was designed to galvanize American support for policies that seek to tackle climate change.

Thunberg’s activism and Covering Climate Now’s media blitz seemed to fall flat with the crowd of United Nations diplomats: No major promises were made to tackle climate change at the summit. The European Union, for instance, didn’t go along with environmentalists’ wishes and set a goal to be carbon neutral by mid-century out of fear that such ambitions would tank its member state’s struggling economies.

In addition to CBS and Bloomberg, the effort, called Covering Climate Now, involved BuzzFeed News, HuffPost, The Daily Beast, the Center for Public Integrity, Newsweek, Rolling Stone, Slate, Vanity Fair and The Weather Channel, among many others. BuzzFeed and The Huffington Post were among the major outlets that did not disclose the coordination. When asked by the Daily Caller News Foundation, the lack of disclosure was criticized by the Society of Professional Journalists.

The coordination effort was organized in part by Columbia Journalism Review (CJR), a nonprofit that represents professional journalists and was traditionally focused primarily on journalism ethics. Covering Climate Now’s founders hope to continue elevating climate news even after the project ends. The effort’s target was the lead-up to, and coverage of, the U.N. “Climate Action Summit,” held Sept. 15-23.