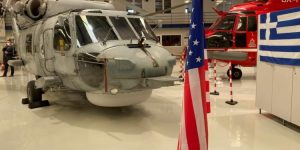 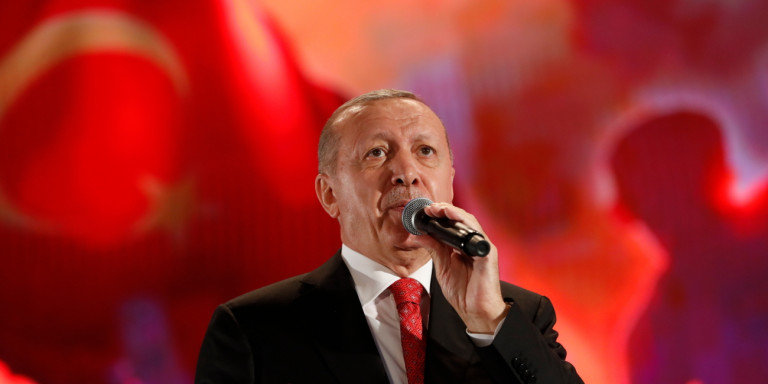 Sometimes it’s hard to tell friend from foe, even if he is standing right next to you. And if you take President Donald Trump literally (yes, I know, we’ve been warned not to do that) he was suffering from such myopia during Wednesday’s press conference with Turkish President Recep Tayyip Erdogan. “Turkey, as everyone knows, is a great NATO Ally, and a strategic partner of the United States around the world,” he said. “And I look forward to continuing to find common ground, harness common purpose, and to advance the vital interests of our people and the abiding friendship between our nations.”

Remarkable flattery from the same man who tweeted this a month ago:

So, is Turkey friend or foe? The answer at the moment, unfortunately, is “Yes.” The Turks have launched an offensive against America’s best allies in the war against Islamic State, the Kurdish-dominated Syrian Democratic Front, and purchased the cutting-edge S-400 missile defense system from Russia. The U.S. and Europe have responded with sanctions, including booting the Turks from the Pentagon’s F-35 fighter program. Erdogan hit back with threats to flood Europe with captured Islamic State terrorists. Standing beside Trump on Wednesday, he accused the U.S. Congress of using “historical developments and allegations” to “dynamite our reciprocal and bilateral relations.”

So, how does one deal with such a frenemy? For advice, I reached out to Chuck Wald, a retired 4-star Air Force general who served as deputy commander of the U.S. European Command in the 2000s. Wald, a distinguished fellow at the Jewish Institute for National Security of America, has been a leading voice of caution in dealing with the Turks and, understandably for a former combat pilot, has particular concerns about the North Atlantic Treaty Organization’s reliance on Incirlik airbase in southern Turkey. That base, in addition to hosting military aircraft, (reportedly) has around 50 American B61 nuclear bombs. Here is a lightly edited transcript of our exchange:

Tobin Harshaw: General, I know that given the current tensions between Turkey and the U.S., you have qualms about the NATO presence at Incirlik. Can you explain?

Chuck Wald: Under Erdogan, Turkey has been a thorn in our side for the last half-decade. Throughout 2014, Ankara adamantly refused to grant the U.S. permission to use Incirlik for our military operations against ISIS, which was sweeping across Syria and Iraq at an alarming pace. Eventually, after a year of prodding, the Turks begrudgingly gave in; however, we still had to contend with their sporadic demands to halt operations. When the coup attempt happened in 2016, Erdogan ordered all U.S. assets grounded for several days while he accused us of masterminding the attempt to remove him from power.

While these issues took place a few years ago, we saw recently how Erdogan routinely threatened to attack our Kurdish allies in Syria even while U.S. forces were still operating in those areas. Then, when our troops were in the process of withdrawing, reports emerged that Turkish forces started firing on those positions. Consequently, Turkey’s actions should be raising serious questions about whether U.S. and NATO forces should remain at Incirlik.

TH: If NATO did pull those assets out, where would they relocate in a way that wouldn’t harm European security or cause logistical nightmares?

CW: A few years ago, I wrote an op-ed calling for the building of a new airfield in Iraq, specifically in territory controlled by the Kurdistan Regional Government, as part of our efforts then to defeat ISIS and drive it from the country.

I think that the most pressing concern for the U.S. now is that we have nuclear capabilities at Incirlik that no longer serve the same strategic purpose that they did in the past. Given the growing strain of anti-Americanism in Turkey and Erdogan’s willingness to move closer toward Russia, we urgently need to relocate those weapons. Ideally, their new home should be on European soil, with one option being Aviano Air Base in Italy. From a logistical standpoint, this shouldn’t be too difficult.

The U.S. also has the 39th Air Wing stationed at Incirlik. These forces, too, should be up for relocation. Readily available basing alternatives exist in Cyprus and Greece. The Greeks, in particular, have been clamoring for a deeper U.S. military presence over the last few years and have increasingly demonstrated that they want a greater role within NATO. Therefore, relocating the 39th Air Wing to Greek soil would effectively kill two birds with one stone. 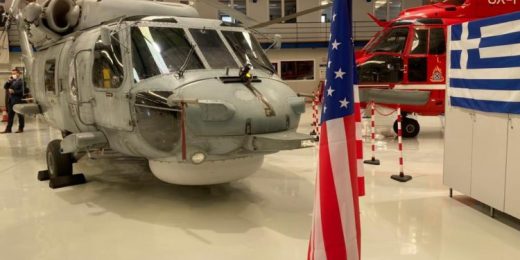