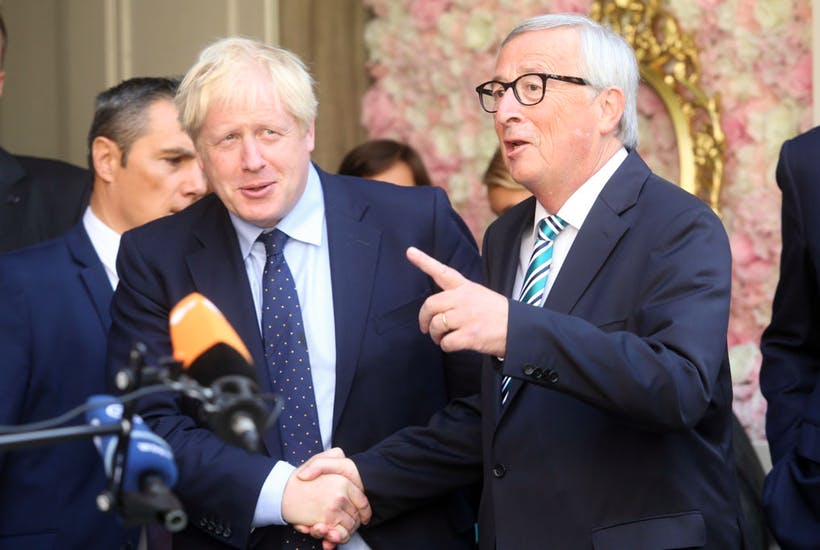 The European Commission has confirmed the EU chief has “acknowledged the positive advances” made by the UK following talks with the Prime Minister this afternoon.

In a statement the European Commission said: “President Juncker welcomed Prime Minister Johnson’s determination to advance the talks ahead of the October European Council and make progress towards a deal.

“He acknowledged the positive advances, notably with regards to the full regulatory alignment for all goods and the control of goods entering Northern Ireland from Great Britain”.

Today Mr Johnson outlined his plan to removed the controversial Irish backstop – a mechanism aimed to prevent a hard border on the Island of Ireland.

In a letter to Mr Juncker, the Prime Minister set out his “reasonable compromise” to strike a deal with Brussels before the October 31 deadline.

Mr Johnson called the backstop a “bridge to no where” and said any deal would be compatible with the Good Friday Agreement.

The proposal would create “decentralized” customs regimes, with paperwork conducted electronically as goods move between the two countries.

After examining the Prime Minister’s plan the EU chief did not dismiss the proposal but insisted there was “still some problematic points”.

Mr Juncker stated the EU would take a very close look at the solution to the backstop and “examine the legal text objectively”.

The EU reiterated its willingness to strike a deal and stated it is “ready to work 24/7 to make this happen”.