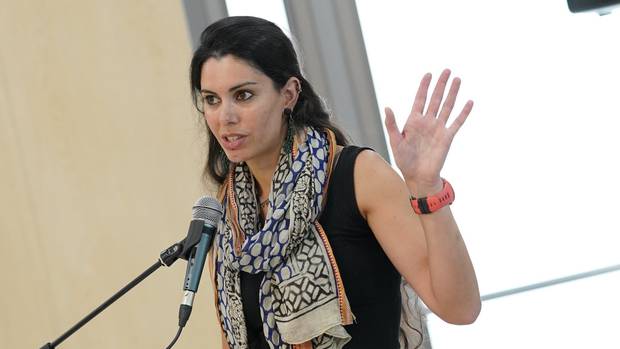 A scientist who vanished after going for a morning jog while on holidays in the Greek islands has been found “crushed to death” after she fell down a ravine, police say.

The body of Dr Natalie Christopher, who went missing on the last day of her holiday, was found at the bottom of a ravine, Greek media reports.

The 35-year-old British woman had been missing since Monday on the island of Ikaria where she was holidaying with her 38-year-old boyfriend.

The Oxford-educated British astrophysicist is based in Cyprus but had arrived on the island on Saturday and stayed near the port of Agios Kirykos.

Her partner said he woke up on Monday morning and she wasn’t there. He said he called her mobile at 10am and she told him she was out jogging and said “I can’t go fast, I’ll be back slowly, don’t worry.”

By 12pm she had not returned and he phoned the police. Dr Christopher’s phone was still on, prompting her sister to plead with friends not to call her as it would drain the battery which police were using to try and locate her.

On Wednesday a full scale search was underway with specialised police units, a military helicopter, the coast guard, fire department and volunteers scouring the rocky cliffs for signs of her.

According to The Sun, a large rock, which may have been dislodged in the fall, appeared to have crushed her.

The body left where it was found so a coroner can examine her in the morning.

An inquiry is being opened into the circumstances of her death with investigators focusing on whether she tripped and fell into the ravine or other factors were at play.

Earlier, authorities said they would keep all lines of inquiry open — including testing blood spots found in the room for DNA. Dr Christopher’s partner has said the blood spots were the result of a bleeding nose the night before, Skai reports.

Police spokesman Theodore Chronopoulos told The Sun Online he could not rule anything out and police are appealing for witnesses.

“I cannot exclude they were arguing. Testimonies are being taken as part of an inquiry running parallel to the search operation,” he said.

Local media also reports that homicide detectives from the Greek capital of Athens have arrived in Ikaria and have taken over the case.

Dr Christopher is from London but based in Nicosia, Cyprus. She is an astrophysicist who manages a local initiative called Cyprus Girls Can and works at Columba-Herschel: Astronomy for Peace as well as Think Cyprus according to her social media.

It has emerged she made a final Facebook post just hours before she went missing, where she wrote about how “beautiful” the area was.

“Realised later there was bolted routes here too, would love to come back again to climb. Any takers?”

The incident comes three weeks after the murder of US molecular biologist Suzanne Eaton on the Greek island of Crete.

The 59-year-old had been attending a conference near the city of Chania and gone out on July 2 without taking her mobile phone, the police said.

Her body was only found six days later in an abandoned World War II bunker near the town of Hania.

A 27-year-old farmer confessed to raping and killing Eaton, who had worked for the Max Planck Institute at Dresden University.