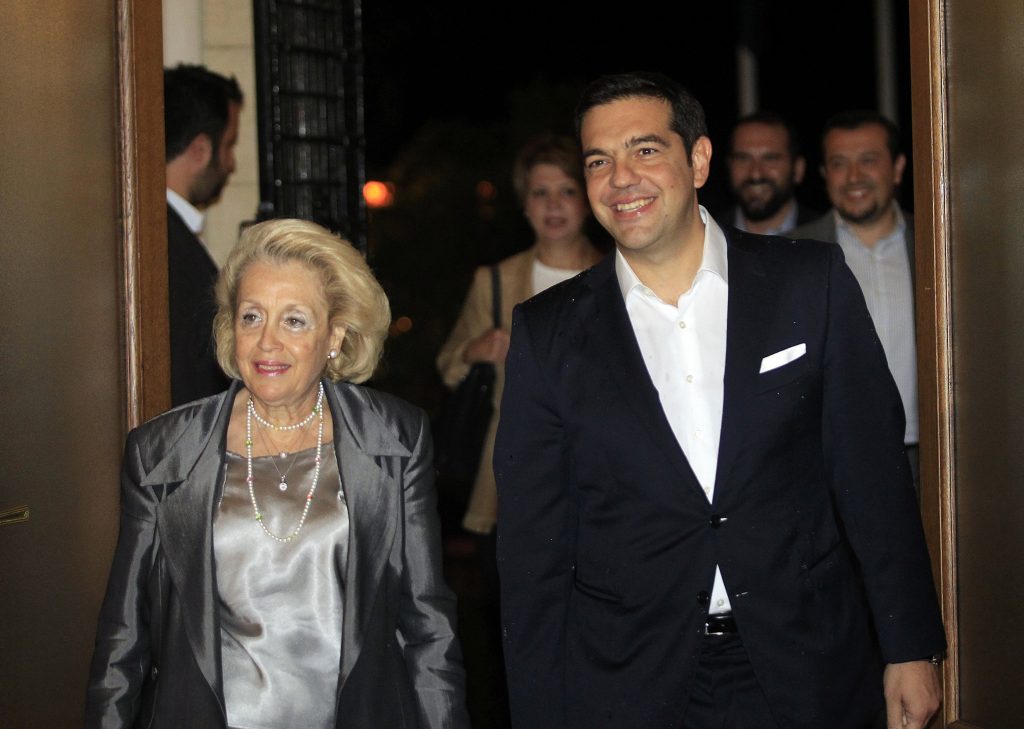 In recent months, the Greek Competition Authority (HCC) has been in turmoil over the appointment of Vassiliki Thanou at the helm of the Agency, amid heavy criticism that her selection was politically-motivated. And while things initially seemed to run smoothly despite the politicization of the theoretically independent authority – simply because government and regulator were under the same political banner, independent regulatory authorities must be able to transcend national electoral cycles and guarantee interest-free continuity. This is especially true of the all-powerful competition authority which can make or break entire markets, or even act as a political tool for governments and opposition.

Critics of the focus particularly on Thanou’s close ties to ex-Prime Minister Alexis Tsipras and the SYRIZA party, while drawing attention to the fact that the selection of Vice-President in early 2017, Anna Nakou, was also politically-driven. As a result, critics say, trust has broken and the perception is that the Competition Commission cannot perform its tasks in an impartial and effective way.

We launched a fact-finding exercise, based on publicly available records, to determine whether these concerns hold true.

Thanou claims that both she and other Board Members act independently in the performance of their duties. But research reveals a disconcerting pattern of top management appointments within the Agency in recent months (both at the level of the Board, the body that decides competition cases, and the level of the Directorate-General, the body that investigates cases) which justifies the deep skepticism expressed around the questions of independence, impartiality and effectiveness of the Greek competition regulator.

Recent appointees for top management posts in the competition agency indeed appear to have close political ties with members of the SYRIZA government and, most of them, relatively limited or no prior management experience before their appointment. Findings also cast doubt as to whether recently enacted EU legislation meant to empower national competition authorities is sufficient and capable of protecting the independence and effectiveness of competition authorities in Europe.

The Hellenic Competition Commission Board Members appointed by the SYRIZA Government

Vassiliki Thanou, a former Supreme Court Chief Justice, was appointed as President of the Hellenic Competition Commission on 3 January 2019, prompting protests from opposition politicians and commentators that she was too enmeshed with the SYRIZA government to be able to carry out her duties independently and impartially. In a letter addressed to EU Commissioner Vestager at the time of her nomination, then centre-right party leader, Kyriakos Mitsotakis, now elected Prime Minister, warned that Thanou’s candidacy is absolutely incompatible with the role and mission of an independent regulator. Transparency International has also criticized the Greek Government at the time, finding that her appointment ultimately challenged the independence of the institution.

Indeed, during his time as Prime Minister, Alexis Tsipras appointed Thanou to a string of influential posts, inciting each time vocal criticism as to the circumstances leading up to her selection. After being appointed to head the Supreme Court, a selection amongst more senior peers that also gave rise to controversy, she served as caretaker Prime Minister of Greece from 27 August to 21 September 2015, in the run-up to the September 2015 snap elections. Her later judicial career was accompanied by controversy and allegations of interference with ongoing investigations. Upon retirement from the bench, Tsipras appointed her on 11 July 2017 as Head of his Legal Office (Legal Office of the Secretariat-General of the Government), a position she subsequently left to take up her new role as President of the HCC.

Already in April 2017, Anna Nakou had been selected and appointed by the SYRIZA Government as Vice-President of the Agency. Nakou entered the HCC service in 2011 and has never held a management position (e.g. Head of Unit or Director) in the Directorate-General of the HCC. Her appointment at the top management position raised a lot of political controversy at the time, with opposition parties claiming that her only credentials for the job have to do with her close political affiliation with the SYRIZA government and, in particular, with the second most powerful man in the then SYRIZA-led government Minister Nikos Pappas. This is because, before taking up her duties, she had been seconded for a number of years to the political office of Minister N. Pappas as his adviser:

On 13 May 2015, only a few months after the SYRIZA Government took office, Nakou was seconded to the political office of Pappas, then Minister of State.
Following the September 2015 General Elections, she was re-seconded (12 October 2015) to the political office of Pappas, again Minister of State (SYRIZA).
Following a Government reshuffle in 2016, Nakou was again seconded (1 December 2016) to the political office of Pappas, then Minister of Digital Policy, Telecoms & Media (SYRIZA).
She continued to be a secondee adviser to Pappas up until her appointment as Vice-President of the HCC on 6 April 2017 – her secondment to the Minister actually being repealed 2 months after her appointment to the HCC Board, on 2 June 2017, with retroactive effect.
While at the service of Minister Pappas, she worked on a highly controversial legislative initiative of the SYRIZA Government regarding the auctioning of TV licenses, which effectively limited the number of free-to-air nationwide licenses to only 4. The Law was eventually challenged at Greece’s Supreme Administrative Court and was struck down as unconstitutional.
Recently, Nakou’s participation in the adjudication of cases in the media sector attracted new criticism, because her former boss, Nikos Pappas, exercised oversight precisely over the media sector while she was at his service.
Moreover, Ioannis Pavlovits, another SYRIZA appointee, held various advisory posts within the General Secretariat of the Government, immediately before being appointed to serve as Board Member of the HCC on 7 January 2019:

On 6 March 2015, only a few months after the SYRIZA Government took office, he was appointed by the Prime Minister to serve as a special advisor to the General Secretariat of the Government.
On 7 October 2015, he was appointed by the Prime Minister as Head of the Office for Administrative and Financial Support of the General Secretariat of the Government, a position he held until 4 January 2019.
That same date, the Prime Minister accepted his resignation and relieved him from his duties, only to assume a few days later, on 7 January 2019, the position of Board Member of the HCC, appointed by the Minister of Economy and Development (SYRIZA) Mr Dragasakis.
There is no indication that Pavlovits had no prior knowledge and expertise in competition law or economics.

In the course of the first 5 months after taking office (Jan – May 2019), the new HCC Board filled 3 vacancies for top management posts within the Directorate-General of the HCC: one post of Director-General and two posts of Directors (out of four directorship posts in total).

The selections again exposed the politicization of the HCC and raised concerns about its impartiality and effectiveness. In particular, at least 2 appointees have similarly served until recently as advisors to Ministers or advisors to other high-ranked members of the SYRIZA government. The pattern is the same: they were both HCC officials who have left the Agency soon after SYRIZA came into power in January 2015 to be seconded to serve at the executive branch, and later returned to the Agency to take up top management posts. They had no prior management experience, or relatively very limited management experience, within the Directorate-General. Meanwhile, other applicants with several years of management experience and honourable service within the Directorate-General (consecutive terms as Heads of Units or Directors) were ignored. A 3rd appointee is also said to have had connections with the SYRIZA government.

These findings cast a political shadow over the independent agency’s recent management changes. Without taking a stand on whether these changes may be affecting the investigation or outcome of pending cases, appearances do matter. The said pattern of top management appointments could undermine the perception and trust of stakeholders and the society at large that the competition regulator performs its duties in an impartial and effective way.

Greece’s HCC is independent only in name, and the EU has long turned a blind eye to such situations, choosing to focus on the big picture and leave internal clashes for power to the local players – even in the organizations made to protect citizens free of political dependence.

It is an uphill climb for the newly elected government of Kyriakos Mitsotakis, and he is called upon to fight decades of such models of governance in Greece. Restoring the independence of such regulatory authorities, for the long-term good of the country rather than his political party, is an important battle that sooner or later he will have to fight if he seeks to recreate Greece’s paradigms of democratic governance, and reach European levels of functionality and efficiency in the administration.