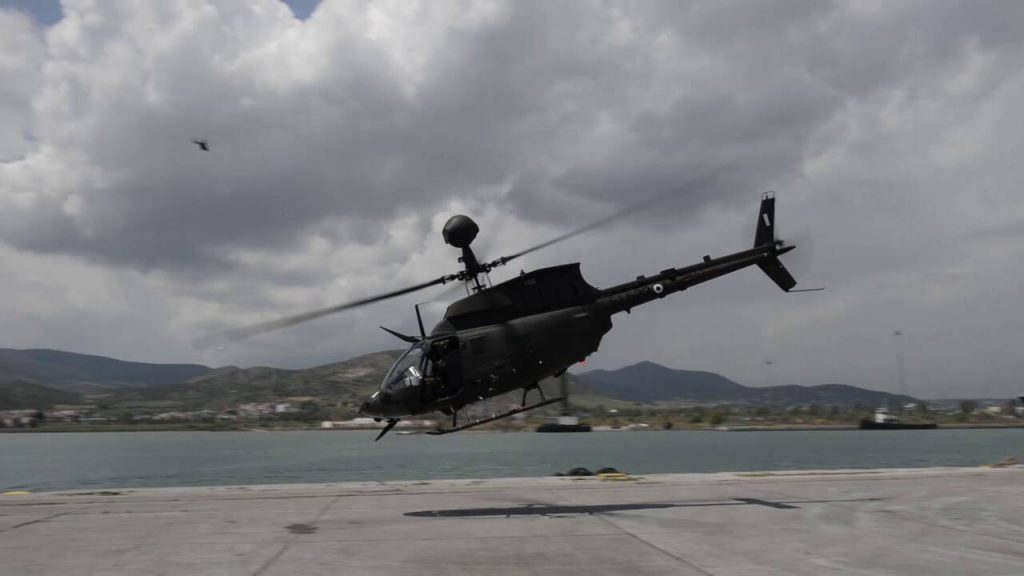 The American attack helicopters “Kiowa Warrior” arrived in Greece yesterday and are expected to reinforce the capabilities of the Hellenic Army Air Force.

The OH-58 Kiowa Warriors arrived at the commercial harbour of Volos on the cargo ship “Ocean Giant”, which was moored from Monday morning off Agria and carried the OH-58D Kiowa Warriors, which will support the 1st Army Air Force Brigade, in Stefanovikio.

On Thursday, the helicopters including the OH-58D Kiowa Warrior and CH-47 Chinook were unloaded. 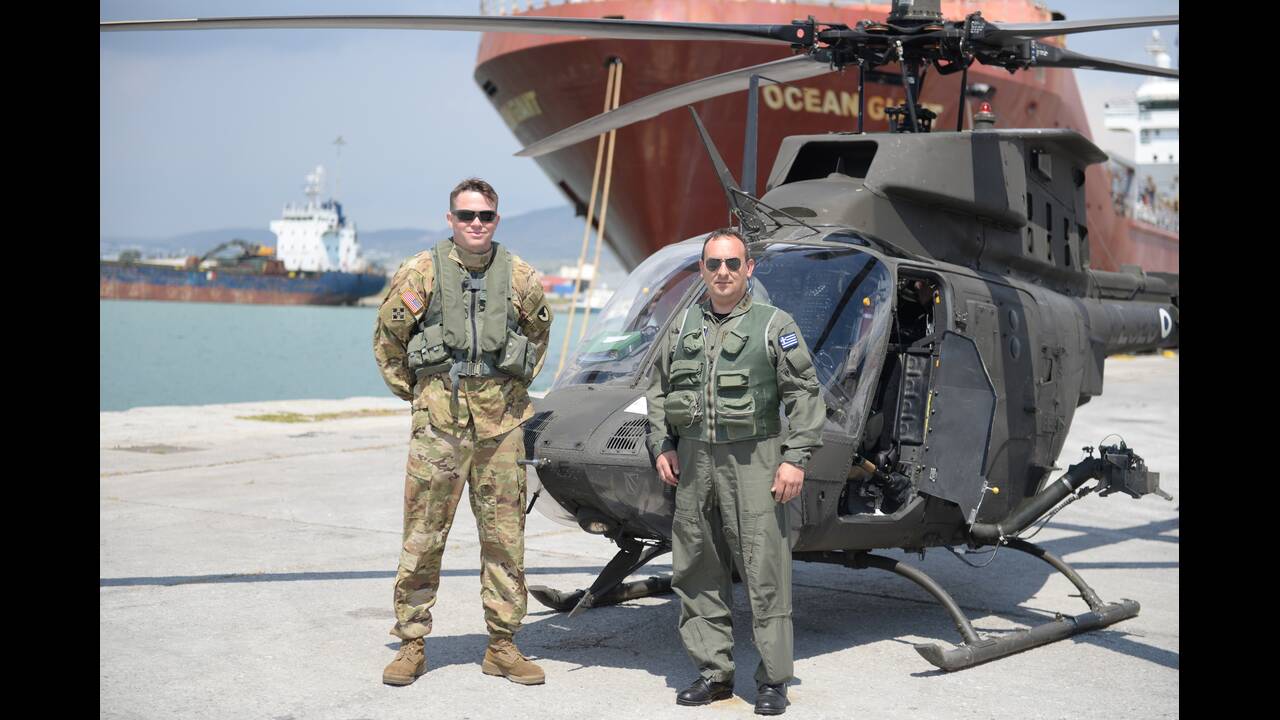 The helicopters flew with mixed crews consisting of Greek and American pilots.

The purchase of the 70 used helicopters was approved by the Government Council for Foreign Affairs and Defence (KYSEA) in December 2017.

The OH-58D Kiowa helicopters, which were withdrawn from the US Army and dispatched by the American Pentagon as surplus defensive material. 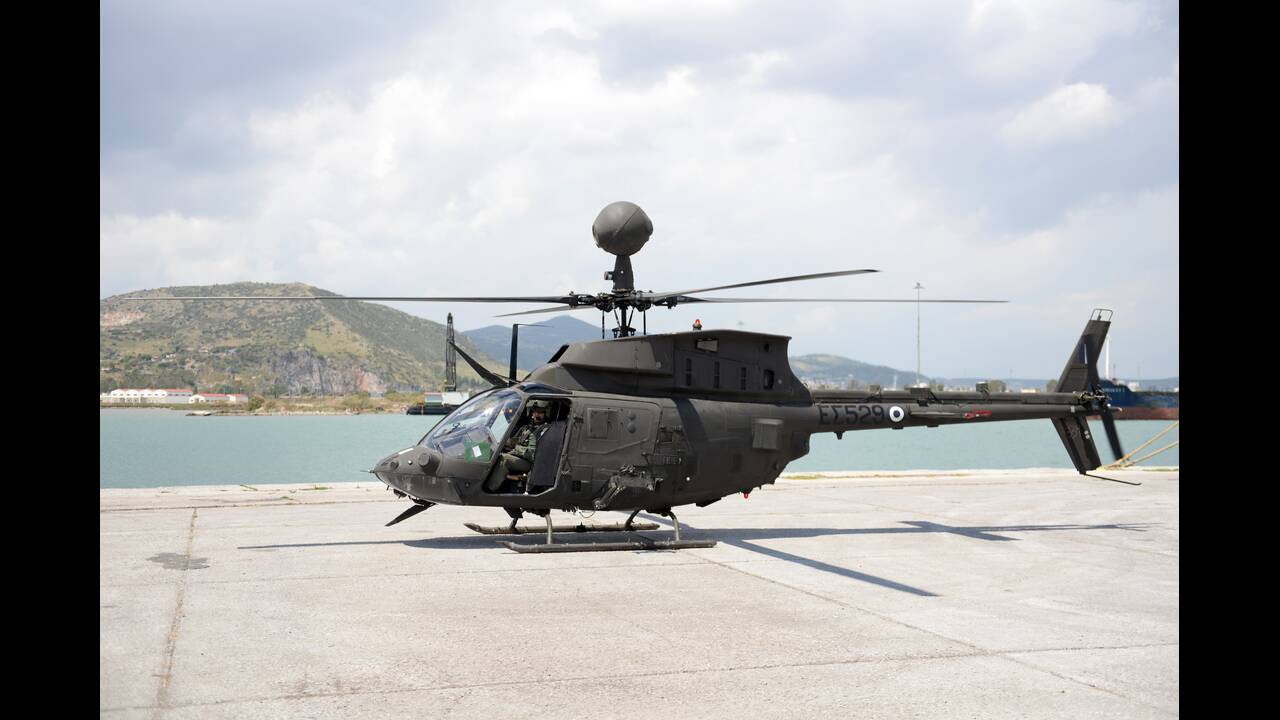 The OH-58 Kiowa Warrior is an observation and reconnaissance helicopter. It conducts armed reconnaissance, security, target acquisition and designation, command and control, light attack and defensive air combat missions in support of combat and contingency operations

The Kiowa Warrior’s highly accurate navigation system provides precise target location that can be sent digitally to other aircraft or artillery via its advanced digital communications system.