Tsipras’s support of Maduro is shameful, writes the Independent 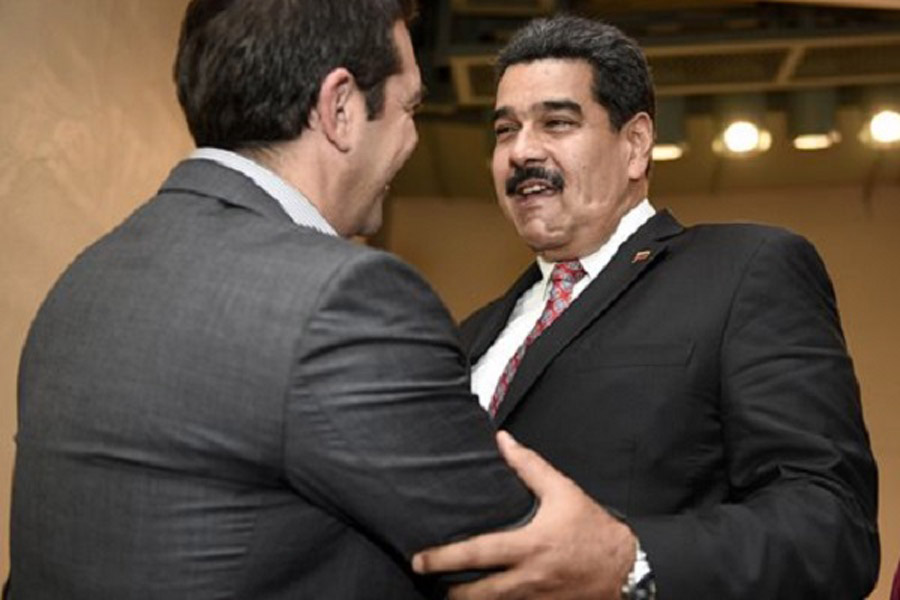 In a scathing article by Dennis MacShane, the British minister of Europe and Latin America in the Tony Blair government, British newspaper Independent scolds Greek PM Alexis Tsipras for his “shameful support” of Venezuelan President Nicolas Maduro, pointing out that the Tsipras should know better given the painful history of Greek military junta. What on earth has happened to Greece’s tradition of solidarity with democracy and human rights? Why is Greece, the European nation that lived under a foul, cruel, corrupt right-wing backed military junta from 1967-74 sending a message of support and endorsement to a foul, corrupt, military-backed dictatorship in Venezuela?
One has to admire the chutzpah of Juan Guaido, the brave young president of the Venezuelan national assembly. He has invited the Greek prime minister, Alexis Tsipras, to come to Venezuela for a week to see for himself the despair of the country’s citizens as they look upon their president Nicolas Maduro, and the generals and admirals who back him to the hilt. After his vocal support for Maduro it is unlikely Tsipras will take up the offer.
Guaido’s party, Voluntad Popular (Popular Will), is affiliated to the Socialist International, the global federation of left-wing and socialist parties. The Socialist International’s president is George Papandreou, the former Greek prime minister, whose leadership was broken by European conservatives who insisted upon imposing the austerity measure that has cost Greece’s a decade of decent existence.

In the week when the Syriza government made a major breakthrough against nationalist populism with the name-change deal on Macedonia being approved by the Greek parliament, the good name and image of Greece in Europe has taken a blow with the Tsipras decision to endorse a regime in Venezelua every bit as evil as the that of the Greek colonels of 1967-74.