Breakdown of Tsipras’ promised measures, costs up until 2022

A package of measures, most bumped into the future and many even after general elections are scheduled in the autumn of 2018, were announced by Greek Prime Minister Alexis Tsipras over the weekend, during an annual state-of-the-economy address from Thessaloniki.

A breakdown of the promised measures first shows a scheduled return of retroactive pay to uniformed officers, judicial officials and university professors this year. That development, however, stems from a series of high court decisions ruling that previous salary cuts were unconstitutional. Nevertheless, Tsipras announced the restored pay scales as part of a package of relief measures.

The Greek premier said the restored salary scales will cost state coffers roughly one billion euros, a figure that will eat away at much of the expected “fiscal space” that the embattled leftist-rightist coalition government has cited as the source of extra spending and social benefits for this year and next.

While offering details on other fronts, Tsipras avoided, both during an address on Saturday evening and a press conference the next day, to promise any “one-time dividend”. His now poll-trailing government doled out a “holiday benefit” to low- and mid-income pensioners at the end of 2017. In 2016 a “social dividend”, as it was called, was instead handed out to low-income individuals, based on their annual income statements, and regardless of assets and deposits.

Tsipras merely said a clearer picture of this year’s budget execution – probably after creditors’ auditors depart Athens on Sept. 14 – will provide clues on the possibility of yet another year-end welfare payment.

What appeared certain from Tsipras’ statements in Thessaloniki, where he inaugurated an annual trade show, is that the coalition government will present creditors with data showing the primary budget surplus for 2018 exceeds 4 percent of GDP. Under the third memorandum negotiated and signed by the Tsipras government, this year’s goal is a 3.5 percent fiscal target.

While 2018 is more than halfway through, Tsipras’ main focus was on 2019, when local government, European Parliament and general elections will be held, a prospect that looms as a Herculean task for his ruling SYRIZA, given that the hard left party trails main opposition New Democracy (ND) by double-digit percentage points in practically all mainstream opinion polls for the past year and a half.

Projected “fiscal space”, i.e. the amount in excess of prescribed targets, is roughly 850 million euros, a sum that, with Tsipras’ announced spending measures, will evaporate.

Specifically, he promised that the method by which an unpopular property tax (ENFIA) is applied will be changed and reduced by between 30 and 50 percent (in terms of the overall revenue it brings in annually), benefiting the owners of smaller and lesser valued properties, which the government calculates at 1.2 million.

Nevertheless, he said this measure will be implemented in two phases, in 2019 and 2020.

Another pledge made by the Greek premier is to reduce the now stratospheric social security contributions imposed on self-employed professionals in the country for their primary pension – after retirement. In again pointing to 2019, Tsipras said his “strange bedfellows” coalition government will reduce contributions from the current 20 percent to 13.33 percent. One “catch” in the measure is that it will only apply to individuals that currently pay more than the minimum 168 euros per month – regardless of the income and revenue they collect.

In terms of the supplementary pension portion of monthly contributions by self-employed professionals, he promised that this figure will drop to 64.5 euros per month. Compared to the minimum monthly wage scale in the country, the figure corresponds to 11 percent of the former.

The most probable scenario in this case is its retroactive application as of Jan. 1, 2017, in order to resolve an issue with retroactive contributions owed by 150,000 taxpayers.

Touching on another “Scandinavian” level tax, namely, the corporate tax rate, Tsipras promised a marginal reduction, from the current 29 percent to 28 percent in 2019.

Turning to welfare benefits, he promised to subsidize the rent of up to 300,000 families, with between 70 to 210 euros doled out by state coffers each month to eligible beneficiaries.

The “fly in the ointment” with this specific measure is that it has already been legislated, and with projected beneficiaries being 500,000, however, its implementation is part of “countervailing” measures directly linked with another round of social security cuts on line for Jan. 1, 2019. Looming pension cuts are a political “grenade” that Tsipras and his leftist ministers want to avoid at all costs, with elections coming after a few months.

In sorting out the two figures thrown out, 300,000 as opposed to 500,000 eligible families, it appears that the government aims to tighten income criteria in order to reduce the fiscal cost of the welfare outlay.

A more pro-active measure on the economic front was a promise to subsidize 50-percent of the social security contributions for newly hired wage-earners under the age of 25.

This measure is viewed as offsetting an increase of a “sub-minimum” monthly wage scale, up from the current 511 euros, in order to preclude a spike in firings by employers of younger employees due to increased payroll costs.

Looking a year and a half into the future, Tsipras predicted another primary budget surplus meeting or exceeding 3.5 percent (of annual GDP).

The “down side” for the specific year is that the current government has already legislated the lowering of a tax discount for low-income taxpayers, from 1,900 euros to 1,250 euros.

When asked directly about the issue, Tsipras merely responded that his government – if SYRIZA is elected in 2019 and then forms a government – aims to avoid implementing the cut, even if this means sacrificing one of the countervailing measures.

Looking towards now distant – fiscally speaking – 2021 and 2022, he promised a further one-percentile reduction in the corporate tax rate and individual income tax rate, as well as a two-percentage point cut in VAT rates, i.e. from 24 percent today, to 22 percent (13 percent to 12 percent for the low category).
The Tsipras government raised VAT in 2016, part of a “tax tsunami” to meet ambitious primary budget surplus targets at least until 2023.

For 2022 specifically, the government predicts a primary budget surplus exceeding 5.12 percent, while budgeting a “fiscal space” of 3.5 billion euros, ostensibly for the tax breaks and welfare measures. 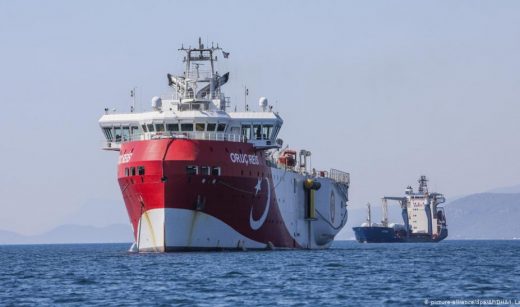