he agreement on the acquisition of Russia’s S-400 long-range air and missile defense system is “a done deal and Turkey will not turn back from its decision.” When asked by Asia Times about reports that the administration of US President Donald Trump was trying to persuade Ankara to buy a defense platform compatible with the Northern Atlantic Treaty Organization’s military architecture in place of S-400 batteries, the point man on Nato issues for Turkey’s ruling Justice and Development Party (AKP) was unequivocal in his response.

Ahmet Berat Conkar, a member of the Turkish Parliament and head of Turkey’s delegation to the Nato Parliamentary Assembly, said Ankara “offered to fully cooperate with Nato allies to eliminate their concerns with regard to the S-400’s installation.”

Ankara finalized a deal to buy the Russian defense system last December and is poised to become the first Nato member state to operate it. The United States and other Nato allies claim the S-400 cannot be integrated into the Atlantic alliance’s defense shield as it poses problems of interoperability. As Russia will assist Turkey in deploying the S-400, Washington is concerned that Moscow could have access to Nato’s codes, systems and technology, as well as technical information on the F-35A Lightning II jet.

The pro-government Daily Sabah quoted a senior Turkish official as saying that Ankara was trying to ease allies’ concerns. The idea is to prevent Russian military technicians from assembling and running the S-400 on Turkish soil. That work will have to be done by Turkish military personnel after it has received training in Russia.

Conkar said that “other systems can be considered in addition to the S-400 if Turkey receives guarantees from allies that they will not be blocked by [the US] Congress.” It should be noted that the Franco-Italian Eurosam consortium is already working with Turkish companies to develop and co-produce an advanced air and missile defense system that can be plugged into Nato’s command and control network.

“What matters for the alliance is that the weaponry member countries buy is able to operate together,” a Nato official told Asia Times. He emphasized that “buying equipment from other allied countries generally enhances interoperability and security.” In this respect, he added that Nato welcomed “all cooperation between allies to acquire key capabilities,” and counted on Turkey and the United States “to resolve any differences in the spirit of allied solidarity.”

US Congress bashes Turkey
Congressional attempts to block the sale of the F-35 fighter to Turkey because of its plan to purchase the S-400 have worsened Washington’s already tense relations with Ankara, a pillar of US security policy in the Middle East.

Newly reelected Turkish President Recep Tayyip Erdogan is at odds with Washington due to its support in Syria for the Kurdish People’s Protection Forces (YPG) fighters, who have connections to the rebel PKK (Kurdistan Workers’ Party) movement in Turkey, and its opposition to the extradition of Fethullah Gulen, the controversial Muslim cleric he claims is behind the failed coup attempt against him in July 2016. To exacerbate the situation, the two countries are also locked in a potentially damaging trade confrontation sparked by Trump’s imposition of duties on imports of Turkish steel and aluminum.

The US Senate’s approval of the National Defense Authorization Act and the State and Foreign Operation bill for 2019 did not keep Turkey from getting its first F-35 aircraft on June 21. Turkish pilots will be trained in Arizona for about a year. In the meantime, the US Congress is expected to adopt a final version of the two appropriation bills and halt the advanced aircraft’s actual transfer to Ankara, which is an industrial partner in the F-35 project.

Wess Mitchell, US assistant secretary of state for European and Eurasian affairs, said on Tuesday that if the Turkish government would press ahead with the S-400’s procurement, the transfer of F-35 fighters could be withheld in accordance with the Countering America’s Adversaries Through Sanctions Act, which allows the US government to impose secondary sanctions against countries that are involved in “significant” transactions with Russian defense or intelligence sectors.

Manbij as a bargaining chip
Turkish leaders, including from the opposition camp, say the purchase of the S-400 is driven by the need to protect their country from potential attacks from war-torn Syria and Iraq. According to them, Turkey’s national defenses have been weakened since Nato allies pulled their Patriot missile batteries from southern Turkey in 2015. The reality is slightly different, however, as Turkey’s southeastern border is currently protected by Aster SAMP/T and Patriot interceptors deployed by Italy and Spain.

Further, Ankara claims it tried to buy an air and missile defense platform from Nato allies in the past, but they either blocked the sale or offered unfavorable contract terms – for instance, the US refused to sell the Patriot system.

Despite this complex scenario, Soner Cagaptay, a senior fellow at the Washington Institute for Near East Policy, believes the US and Turkey could find a compromise. In his opinion, “Turkey may try to come down the ladder on the S-400 issue to show goodwill in return for US willingness to offer a favorable deal in Manbij regarding YPG presence there.” He was referring to ongoing negotiations between Washington and Ankara on the YPG militia’s withdrawal from Manbij, a Syrian town situated west of the Euphrates River and in the proximity of a Turkish-controlled area. 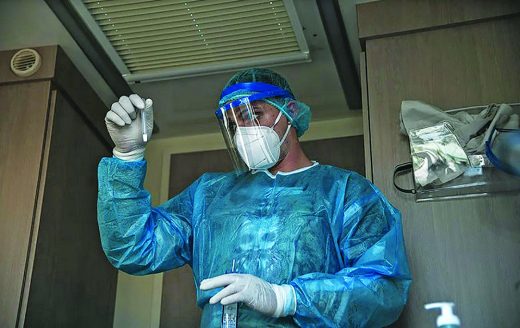 The current number of cases -715- is the lowest of the previous five days, however it is probably attributed to…

Russian Foreign Minister Sergey Lavrov said on matters the demarcation of the coastal zone between neighbouring countries, a resolution should be… 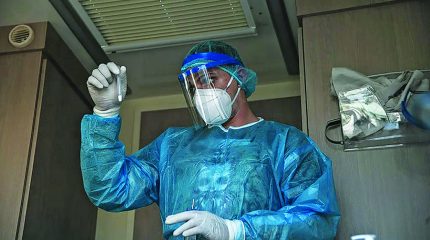 The current number of cases -715- is the lowest of the previous five days, however it is probably attributed to the reduced number of tests performed. According… 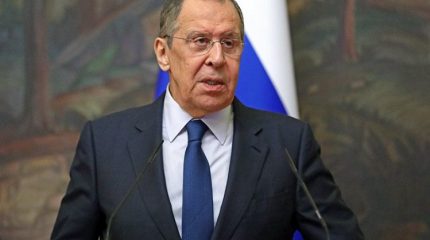 Russian Foreign Minister Sergey Lavrov said on matters the demarcation of the coastal zone between neighbouring countries, a resolution should be sought in accordance with international law, in…

The current number of cases -715- is the lowest of the previous five days, however it is probably attributed to the reduced number of tests performed. According…

Russian Foreign Minister Sergey Lavrov said on matters the demarcation of the coastal zone between neighbouring countries, a resolution should be sought in accordance with international law, in…