Turkey will be hit by U.S. sanctions and blocked from purchasing the new generation F-35 fighter aircraft if a bill passed by the Committee on Armed Services last May, passes also a Senate vote, expected before the Jul. 4 holiday.

The bill calls for sanctions on Turkey for the purchase of S-400 missile defence systems from Russia, and includes a section on removing Turkey from the F-35 programme, first time revealed on June 5.

“The Secretary of Defense shall submit to the appropriate congressional committees a plan to remove the Government of the Republic of Turkey from participation in the F–35 program, to include industrial and military aspects of the program,” the bill states, adding later that no jets may be transferred to Turkey until this report is complete.

The bill first time disclosed just days after Turkish Foreign Minister Mevlüt Çavuşoğlu’s meeting with the U.S. Secretary of State, Mike Pompeo, in Washington on Monday. That meeting apparently left Çavuşoğlu satisfied with the two countries’ progress on the situation in Syria, another major disagreement damaging their long alliance.

After the meeting, Çavuşoğlu confidently proclaimed that Turkey’s purchase of the F-35 jets would go ahead this month as planned.

The move to hit back at Turkey for a growing list of infractions, however, has been making its way through the U.S. political machinery for months, due in no small part to the efforts of a bipartisan group of senators led by Jeanne Shaheen and James Lankford.

Chief among the groups concerns is Turkey’s treatement of Andrew Brunson, a U.S. pastor arrested in Turkey for alleged links to terrorist groups.

The prosecutors’ charge sheet against Brunson is seen as highly contentious, and many believe he has been taken hostage by a Turkish government eager to secure the extradition of Fethullah Gülen, a U.S.-based Islamist preacher blamed for orchestrating the July 2016 coup attempt.

“Congress will not tolerate any foreign government’s efforts to use United States citizens for political leverage,” the bill says, referring to Brunson.

Likewise, Turkey’s agreement to purchase the S-400 missile defence systems from Russia has long been a sticking point for the United States and Turkey’s other NATO allies.

Another bill, 1263, explicitly states that the S-400 purchase is sanctionable under U.S. law, and warns that any further drift by Turkey towards Russia “will degrade the general security of the NATO alliance, and NATO member countries, and degrade interoperability of the alliance.”

NATO allies rely on an integrated, interoperable defence system, and the U.S. representative to the alliance described Turkey’s S-400 purchase as an “obstacle to our ability to work together comprehensively as a whole” in April.

A similar bill targeting the F-35 sale and referring to the purchase of S-400 by a NATO ally as a point of concern was passed at the House of Representatives on May 25. It therefore seems almost certain that the F-35 sanction clause will stay in the final bill when the conference meeting is held with both chambers of Congress, and it is likely that the President of the United States will approve.

On Jun. 5, Assistant Secretary of State for European and Eurasian Affairs A. Wess Mitchell told conservative think tank Heritage Foundation, “We’ve been clear that if Turkey moves forward with the purchase of S-400 systems, what the U.S. response would be.”

Secretary of State Mike Pompeo told the Congressional Committee he had not yet made a decision on the sale of F-35 during the hearings in the last week of May.

The opening of outdoor playgrounds, amusement parks and therapeutic baths and massages from Saturday, June 19, is suggested by the… 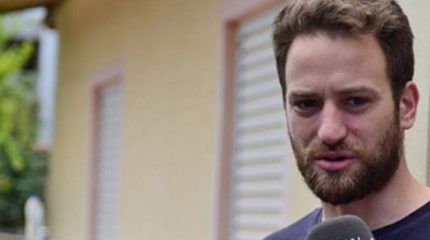