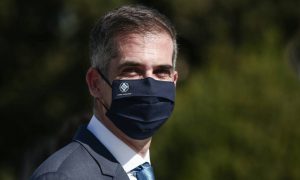 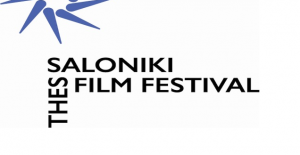 The ceremony of the top Greek gastronomy awards, “The Golden Chef’s Cap” was held at the Ballroom Hall of the “Great Britain” hotel in Athens and Ektoras Botrini stood out, as his restaurant “Etrusco” received 2 Caps and was ranked in first spot for a 6th year in a row with 17/20, while his Athenian “Botrini’s” received 1 Cap and 16/20 votes.
Only restaurants with a score over 15/20 are awarded a Golden Cap, with restaurants eligible for 2 Caps with scores over 16.5/20. Funky Gourmet also received 2 Golden Caps with a score of 16.5/20.
The “Toques d’Or” (Golden Caps) are the only Greek gastronomy awards and are granted to the best restaurants in Greece by Athinorama and Alpha Guide. The institution, starting from 1992, has been present in the cultural life of Greece for over 20 years now. It is considered prestigious and has won recognition both among the sector’s professionals and among the public. Its existence has been a catalyst for the upgrading of the quality of the country’s restaurants. It is the prime cause of the development of chefs through fair competition and contributes to the modernization of our national cuisine and for educating the public.
Every year, the committee of tasters of “Athinorama”, a large team of specialized journalists–connoisseurs with many years of experience, unfailingly monitors the international gastronomic happenings, travel throughout the country, is informed about any developments and evaluates according to the internationally accepted rules of restaurant evaluation. The awards are presented in a glamorous ceremony each year in the presence of institutional actors of the country, chefs, artists and Greek and foreign journalists.
These are this season’s winners:
Etrusco, Corfu: 17/20 (2 golden caps)
Funky Gourmet, Attica: 16.5 / 20 (2 Golden caps)
The following restaurants all received one golden cap
Bortini’s, Attica: 16/20
Spondi, Attica: 16/20