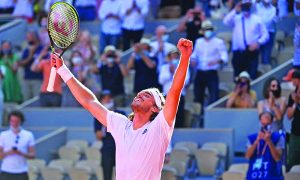 Did you visit any of these Greek places in 2017?

ATHENS – COOL CULTURE, GREAT SIGHTS
While Athens has been bearing the brunt of the Greek crisis, it has also undergone an evident revival as a tourism destination. Downtown Syntagma has become a hub of exciting restaurants, sophisticated wine bars and award-winning mixologists, alternative art spaces and design studios, but also a few brand-new hotels, with the most talked-about arrival in 2016 being that of the Metropolis Electra. The inauguration of the National Museum of Contemporary Art, the honor of hosting the international art forum Documenta 14 and the anticipated unveiling of the new opera house at the Stavros Niarchos Foundation Cultural Center also point to a renaissance in the arts and constitute excellent reasons to extend your stay beyond a visit to the Acropolis and its museum.

TINOS – THE CYCLADES’ NEW “IT” PLACE
Tinos spent decades in the shadow of the Cycladic island cluster’s most popular destination – Mykonos – and was known mainly as a pilgrimage site for the Church of the Panaghia, dedicated to the Virgin Mary. Its reputation has undergone a massive turnaround in the past few years, however, and today it’s becoming the place to be, thanks to its many beautiful traditional villages, its local winemakers producing fine organic like Volacus, and cultural events such as Tinos Food Paths and the Tinos World Music Festival.

ANTIPAROS – GOING MAINSTREAM
Just a stone’s throw from the popular Cyclades holiday destination of Paros, this small island that was a punk-rocker haven in 1970s, has acquired a new sophistication after its discovery by Hollywood star Tom Hanks. Laidback campers now rub shoulders with jet-setters sailing into the island on luxury yachts, staying at rented villas and eating at fancy restaurants. The islet of Despotiko, an archaeological site, is a must-see. To reach Antiparos, fly or take a ferry to Paros and take a boat either from Parikia port or from Pounta.

HYDRA – A HAVEN FOR THE STARS
People are still leaving flowers outside the house where Leonard Cohen once spent his holidays, and this summer, the municipality is organizing a series of tributes and events dedicated to the celebrated singer for an international gathering of his fans. Cohen, however, was not the island’s only aficionado: princesses, top models, fashion designers and the art elite have all embraced the small Saronic island, which is not inundated by hotels, for its elegant simplicity. As cars are forbidden, transport duties are carried out by
donkeys, mules and small fishing boats. Learn more about the island in the film The Great Eastern by art group The Callas, which premieres this year.

SANTORINI – A YEAR-ROUND DESTINATION
Santorini has gone the whole hog when it comes to tourism and has plenty of hotels and wineries that stay open all year round. The island’s landscape is beautiful at any time of the year and the prehistoric settlement of Akrotiri remains stunning, rain or shine, while the off-season is the perfect time to explore life beyond the caldera thanks to 19 signposted walking trails that take you into the hinterland.

ARCADIA HIGHLANDS – TAKE IT ALL IN
Majestic mountains, lush gorges, gurgling rivers, quaint villages, interesting museums and historic monasteries compose the fascinating mosaic of the Arcadia highlands, which, thanks to the new 75km Menalon Trail, can be explored to their best advantage. Certified by the European Ramblers’ Association, the Menalon trail is a real feather in Greece’s walking tourism cap, and winds through the villages of Stemnitsa, Dimitsana, Zygovitsi, Elati, Vytina, Nymfasia, Magouliana, Valtesiniko and Langadia, all excellent overnight stops. Ideally you should reserve five days between spring and autumn for the hike, which is labeled as being of moderate difficulty, with altitudes ranging from 420-1,550 meters. Along the way, you will come across businesses that hold all sorts of workshops, from cooking to painting, and even one that specializes in horses. (http://menalontrail.eu)

MESSINIA – THE NEW MUST-GO
An under-the-radar destination until very recently, Messinia started to compete with Mykonos and Santorini thanks to Costa Navarino, home to two five-star, luxury hotels and Greece’s premier golf destination, featuring two 18-hole signature courses. Warmed by the southwest Peloponnese’s sunshine with white powder-like sand and crystal-clear waters, you will experience an archaeological safari while driving through the olive groves: from the ancient city of Messini head off to the recently conserved Nestor’s Palace and walk in the fields of the glorious Griffin Warrior, who was stirred from his slumber in 2015.

KYTHERA – THE PELOPONNESE’S MAGICAL ISLAND
All the beauty of the Peloponnese can be found encapsulated on this island off the peninsula’s southeastern tip. It has great beaches like Kaladi and Halkos, pretty cobbled alleys in the main town of Hora, traditional cafés and seafood restaurants where you can dine on fresh lobster, and, of course, located above the village of Milopotamos, the famous Neraida Waterfall, named after the fabled fairies some believe still frolic among the age-old plane trees.

ALONISSOS – THE GREEN ISLAND
Mix pine trees with Aegean waters and you get Alonissos. Travelers who like being off the beaten path, rejoice: this is your eco-friendly heaven. Share it peacefully with hundreds of endangered species – such as Monachus monachus, the Mediterranean monk seal, which are born in the island’s sea caves. If you do come, be sure you bring your own tote bag. The local community is 90 percent plastic-bag free and this eco-awareness has spread to visitors as well. The island is home not only to the largest protected marine park in Europe but also to the largest Greek underwater archaeological site. Chances are good that, later this year, divers will be exploring a newly established underwater museum.

LESVOS – GREEK HOSPITALITY AT ITS FINEST
The island that has become associated with the refugee crisis worldwide has succeeded nevertheless in retaining its charm as tourism destination. It has wonderful landscapes, a few excellent museums and is the home of ouzo. Lesvos’ most important asset is its people, some of whom were nominated for a Nobel Peace Prize for the warmth and hospitality they have extended to refugees.

KALYMNOS – ROCK TO THE TOP
When it comes to rock climbing, Kalymnos rocks. Flanked by Kos and Leros, the island of natural sponges is now considered to be the world’s best sport-climbing destination. If you have a good head for heights, you may just be one of the 10,000 or so climbers who comes every year to enjoy the good quality rocks and 3,000 routes (the Aegialis sport route is the most photographed in the world), which are organized in an exemplary way and follow a range of safety measures. Pull on your climbing shoes – but be sure you also pack a pair of flip flops so you can take a break at the beach.

SOUTHERN RETHYMNO PREFECTURE – CRETE WITH AN EXOTIC TWIST
Sand hills, palm trees and endless walks in dense ground give the southern part of Rethymno prefecture a sense of an African landscape. But then comes the sound of the waves. While the northern part of Crete is following the latest trends and the middle mountainous areas mastering local gastronomy, time stands still in the southern part of Rethymno. Swim by Triopetra (a triangular shaped cave), meditate on a yoga beach or roll on the sandhills of Aghios Pavlos. Despite being a tourist favorite, the exotic beauty of Preveli palm beach will leave you breathless.

CHRYSI – A PIECE OF THE CARIBBEAN OFF CRETE
This exotic uninhabited islet off Crete’s southeastern coast, known also as Gaidouronisi, boasts sparkling azure bathing waters, beaches of fine white sand and age-old cedars. Back in the day, Chrysi was a popular hippie destination, but a daily ferry service from Ierapetra during the summer has turned it into a mass tourism attraction, admittedly spoiling its pristine landscape with dozens of beach bars, tavernas and rows upon rows of sun loungers and umbrellas. Nevertheless, development has been relatively mild, and Chrysi still retains some of its Eden-like charm.

MT. OLYMPUS – EASIER THAN EVER TO EXPLORE
You no longer need to pray to the 12 ancient Greek gods for divine guidance on the right path up to the mythical Mt Olympus, thanks to the brand-new, hi-tech Olympus National Park information center. Whether you are a climber or hiker, or want to master your knowledge of flora and fauna, a team of experts is there to support you. You can always make a virtual ascent or ask the experienced eco-guides to give you a free tour. Zeus is unlikely to fire a thunderbolt at you, but if you are in need there are six emergency and eight well-equipped shelters (with quality restaurants, beds and blankets).

VOVOUSA – NOT YOUR TYPICAL VILLAGE
Less than 50 people live all year round in this village, perched at an altitude of 1,000m on Mt Pindos, and they’re separated by an old stone bridge. Yet for the past three years they have come together in the summer to organize the Vouvousa Festival, a social and cultural event that has attracted a growing number of holidaymakers away from the beach, with photography exhibitions, concerts under the stars, yoga at dawn, riverside camping, truffle hunts in the forest and much, much more, all inspired by the notion of sustainable development. www.vovousafestival.gr

BIG PRESPA – THE GRAND WATER TOUR
With lakes, wetlands, water buffalo, hundreds of species of birds and dozens of fish, the Prespa National Park is one of the most important ecosystems in Greece. Located on the border with Albania and the Former Yugoslav Republic of Macedonia (FYROM), it’s a destination that merits much exploration. A boat ride on Great Prespa Lake is definitely a highlight: 22 percent of the expanse belongs to Greece, 60 percent to FYROM and 18 percent to Albania. Boats set sail from Psarades, the only Greek village on the lake. Tours take from 20 minutes to an hour and are conducted by the boatmen themselves. Keep your eyes open for the religious paintings on isolated rocks marking the old retreats of hermits.

PAXOI – THE IONIAN SEA’S DIMINUTIVE JEWEL
Despite its small size (25 sq.km.), this gem of an island often steals the show from its larger Ionian neighbors, thanks to its crystalline waters and shimmering stretches of olive trees. Most visitors start their tour at the pier in Gaios, the island’s capital, and then walk up to the other two main villages, Lakka and Longos. Paxoi is famed for its beautiful beaches with large, smooth white pebbles; these include Kipiadi, Marmari and Ermitis. A day-cruise to the neighboring islet of Antipaxoi is an absolute must, as this smaller satellite is a slice of heaven on earth. 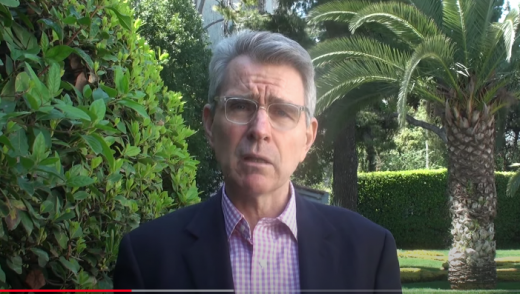 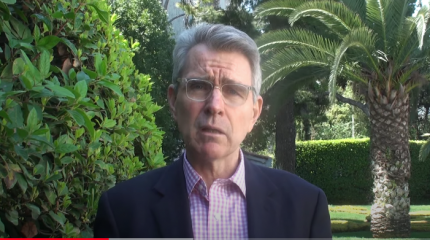 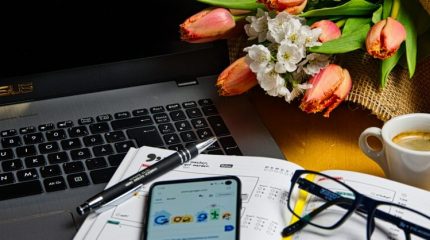