No excuse to pollute: Why coal is on trial in Greece

Illegal pollution from coal power plants is an issue all over Europe – the latest plants facing legal action are in Greece. It’s time for all of Europe’s governments to move beyond the dirtiest source of energy, insists Eleni Diamantopoulou.

Eleni Diamantopoulou is a lawyer specialising in energy matters at ClientEarth.

Coal is high on the agenda at COP23. Europe has seen a wave of coal phase-outs announced this year alone. Investor confidence is waning and coal’s reputation as a key climate culprit is making it less and less easy to justify as an energy source.

The UK, Finland, Portugal, Italy, the Netherlands, Sweden and France have all committed to leave coal-generated electricity behind by 2030 or sooner. Greece, meanwhile, is among those countries hanging on to the past.

In Greece, coal’s climate impacts go almost undiscussed, despite being flagged as one of Europe’s most vulnerable countries to climate change. Worsening droughts, forest fires, floods and heatwaves over the last few years have been directly linked with human-driven climate change.

In this context, the drive to move on from coal seems more pressing than ever. And yet Greece is still looking to extend the lifespan of its lignite power production.

Italy and Portugal, which are in many ways in a similar position to Greece, have cut ties with coal, putting an end date (2025 and 2020 respectively) on their coal consumption.

In Greece, meanwhile, where drought and flooding pose real threats to property and agriculture, there is no such commitment in sight.

Coal’s climate impacts need to be addressed – but its health impacts also need a share of the spotlight. What many people don’t realise is that coal plants across the EU – including in Greece – are breaking the law by polluting far more than they have licence to. That means burning coal is a burning health question too.

But so far in Greece, as with the climate, the links between coal-burning and health concerns are not addressed. To date, there has been no national health study to chart the effects the country’s fleet of lignite plants has on the Greek population.

This makes the case of two particular plants even more worrying. Megalopoli A and Megalopoli B are in southern Greece.

Running since 1975 and 1991, they burn lignite – one of the dirtiest fuels the earth has to offer. Under current plans, there is no certain date set for their closure. But for as long as they do operate, it’s vital they abide by EU environmental laws.

The Greek energy and environment ministry has consistently renewed the plants’ permits to operate with no questions asked as to what damage they might be doing to the climate, the surrounding environment, or the local and national population.

This is a direct breach of EU law. Security of energy supply is not a convincing justification for this breach. Governments across the EU need to guarantee this security using the cleanest possible sources. Lignite is among the dirtiest.

ClientEarth, WWF Greece and Greenpeace have just launched a legal case to have the Megalopoli plants’ permits revoked.

On a day-to-day basis, chronic ill health caused by air pollution is a blight on the lives of hundreds of thousands across Europe – and puts an extraordinary burden on health services, and, by extension, the taxpayer. Studies attribute countless days of lost productivity in the workforce to dirty air every year.

Meanwhile, climate change is threatening lives and livelihoods the world over. Allowing plants like Megalopoli A and B to operate unchecked is a fatal lack of attention to what burning coal really means for people’s health.

While Europe waits for official phase-outs to get underway, we are tackling this state of affairs in the courts. ClientEarth has been leading the legal fight for environmental compliance in multiple EU countries, with coal cases launched in Spain, Italy, Bulgaria and now Greece.

We’re defending people’s right to an environment that doesn’t compromise their health – and we’re fighting to bring carbon emissions down, to protect future generations.

Counting on coal is a precarious bet

New, tougher pollution limits have just come into force. That means that by 2021, Europe’s remaining coal plants need to have cleaned up, or will have to close. Many across Europe are nowhere near reaching these limits.

Meanwhile, many countries across Europe are putting an end date on burning coal. In one way or another, closure is inevitable for many of these plants. The coal era is coming to an end – but we’re working to make sure it’s a clean exit.

Watch Europe Beyond Coal’s animation of Europe’s coal pollution – and how it travels unimpeded across country borders each year. 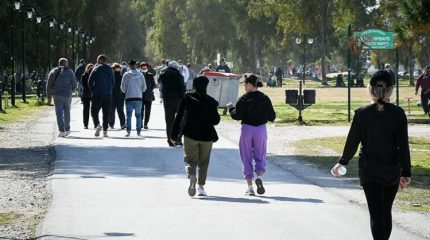