No alternative to austerity? That lie has now been nailed

Ever since the banks plunged the western world into economic chaos, we have been told that only cuts offer economic salvation. When the Conservatives and the Lib Dems formed their austerity coalition in 2010, they told the electorate – in apocalyptic tones – that without George Osborne’s scalpel, Britain would go the way of Greece. The economically illiterate metaphor of a household budget was relentlessly deployed – you shouldn’t spend more if you’re personally in debt, so why should the nation? – to popularise an ideologically driven fallacy.

But now, thanks to Portugal, we know how flawed the austerity experiment enforced across Europe was. Portugal was one of the European nations hardest hit by the economic crisis. After a bailout by a troika including the International Monetary Fund, creditors demanded stringent austerity measures that were enthusiastically implemented by Lisbon’s then conservative government. Utilities were privatised, VAT raised, a surtax imposed on incomes, public sector pay and pensions slashed and benefits cut, and the working day was extended.
In a two-year period, education spending suffered a devastating 23% cut. Health services and social security suffered too. The human consequences were dire. Unemployment peaked at 17.5% in 2013; in 2012, there was a 41% jump in company bankruptcies; and poverty increased. All this was necessary to cure the overspending disease, went the logic.
At the end of 2015, this experiment came to an end. A new socialist government – with the support of more radical leftwing parties – assumed office. The prime minister, António Costa, pledged to “turn the page on austerity”: it had sent the country back three decades, he said. The government’s opponents predicted disaster – “voodoo economics”, they called it. Perhaps another bailout would be triggered, leading to recession and even steeper cuts.
There was a precedent, after all: Syriza had been elected in Greece just months earlier, and eurozone authorities were in no mood to allow this experiment to succeed. How could Portugal possibly avoid its own Greek tragedy?
The economic rationale of the new Portuguese government was clear. Cuts suppressed demand: for a genuine recovery, demand had to be boosted. The government pledged to increase the minimum wage, reverse regressive tax increases, return public sector wages and pensions to their pre-crisis levels – the salaries of many had plummeted by 30% – and reintroduce four cancelled public holidays. Social security for poorer families was increased, while a luxury chargewas imposed on homes worth over €600,000 (£550,000).
The promised disaster did not materialise. By the autumn of 2016 – a year after taking power – the government could boast of sustained economic growth, and a 13% jump in corporate investment. And this year, figures showed the deficit had more than halved, to 2.1% – lower than at any time since the return of democracy four decades ago. Indeed, this is the first time Portugal has ever met eurozone fiscal rules. Meanwhile, the economy has now grown for 13 successive quarters.
During the years of cuts, charities warned of a “social emergency”. Now the Portuguese government can offer itself as a model to the rest of the continent. “Europe chose the line of austerity and had much worse results,” declared the economy minister Manuel Caldeira Cabral. “What we are showing is that with a policy that restitutes income to the people in a moderate way, people get more confidence and investment returns.”
Portugal has increased public investment, reduced the deficit, slashed unemployment and sustained economic growth. We were told this was impossible and, frankly, delusional. And so British workers endured the longest squeeze in wages since the 19th century, while the coalition did not even come close to meeting its commitment to eradicate the deficit by 2015. Why? In part, because low pay means workers paying less tax, receiving more in-work benefits, and spending less money. Portugal is increasing demand; the Tories suppressed it.
Portugal’s success is both inspiring and frustrating. All that human misery in Europe – and for what? What of Greece, where over half of young people languished in unemployment, where health services were decimated, where infant mortality and suicide increased? What of Spain, where hundreds of thousands were evicted from their homes? What of France, where economic insecurity fuelled the rise of the far right?
Portugal and Britain offer lessons for social democracy too. In the aftermath of the bankers’ crash, social democratic parties embraced austerity. The result? Political collapse. In Spain, support for the socialists fell from 44% to the low 20s as the radical left Podemos ate into their vote. In Greece, Pasok almost disappeared as a political force. In France, the Socialists achieved little over 6% in the first round of this year’s presidential elections. And in the Netherlands this year, the Labour party slumped from a quarter of the vote to less than 6%.
By contrast, the two social democratic parties that have broken with austerity – in Portugal and Britain – are now performing better than almost all their sister parties. Indeed, polls show Portugal’s Socialists now 10 points clear of the country’s rightwing party.
Europe’s austerity has been justified with the mantra “there is no alternative”, intended to push the population into submission: we have to be grownups, and live in the real world, after all.
Portugal offers a powerful rebuke. Europe’s left should use the Portuguese experience to reshape the European Union and bring austerity across the eurozone to a halt. In Britain, Labour can feel more emboldened in breaking with the Tories’ economic order.
Throughout Europe’s lost decade, millions of us held that there was indeed an alternative. Now we have the proof.

Later this week, EU leaders will meet to discuss their recovery plan. They will spend a few minutes on Brexit.… 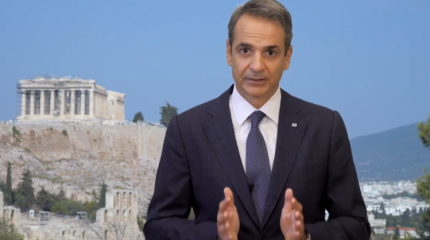