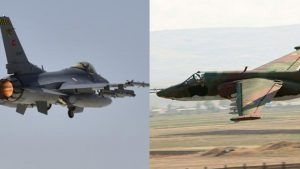 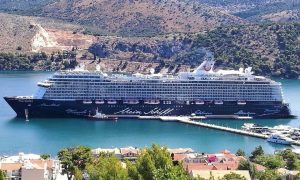 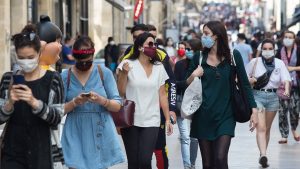 French police shot and arrested a man on Wednesday suspected of deliberately ramming his car into a group of soldiers in a Parisian suburb hours earlier, injuring six of them in what the government called a deliberate attack.

Armed police from elite units tracked the fugitive for five hours after the attack before cornering him on a motorway in northern France and shooting him several times.

The suspect was unarmed when he was trapped by police some 260 km (162 miles) north of Paris where he had attacked the soldiers in the affluent suburb of Levallois-Perret, a judicial source said. There was no immediate word on his condition.

The man appeared to have lain in wait for the soldiers in a pedestrian zone near their base in Levallois-Perret on the northwestern edge of the capital where France’s domestic counter-terrorism agency is based.

He accelerated his BMW car into the troops, who were starting their patrol, when they were a few metres away, Interior Minister Gerard Collomb said, before speeding off and sparking a huge manhunt.

Targetting French troops
“This was a deliberate act, not an accident,” Collomb told reporters outside the hospital where the three more seriously injured victims were being treated.
He said a terrorism investigation had been launched.
The soldiers were part of Operation Sentinel, launched in the wake of Islamist attacks in Paris in early 2015. The Levallois-Perret attack was the 15th on troops and police in the last two-and-a-half years, many of them Islamic-State (IS) group inspired.

Prime Minister Edouard Philippe told lawmakers in parliament that the “main suspect” had been detained. One policeman was injured by a stray bullet in the operation.
A judicial source said the suspect was an Algerian national who held legitimate papers to be in France. Investigators raided several properties associated with the suspect, identified by the daily newspaper Le Parisien as 37-year-old Hamou B.

“I saw the traffic stop ahead of me,” said one truck driver who identified himself as Teddy, speaking on the motorway after the suspect was seized.

“The police got out their cars, took cover and started firing. The gunshots were coming from everywhere.”
The BMW car, the same car that was used in the attack, was riddled with bullet holes and surrounded by balaclava-clad police officers, a Reuters cameraman said.

‘Pre-meditated’
Armed Forces Minister Florence Parly said Wednesday’s attack was proof there remained an active threat and that the 7,000-strong Sentinel force “was more necessary than ever”.
Three soldiers had light injuries, Parly said, while three others were more gravely hurt but not as seriously as previously thought.

Patrick Balkany, mayor of Levallois-Perret, called it a “disgusting” act of aggression that was “without any doubt” premeditated. Levallois-Perret is just 5 km (3 miles) from the city centre.
Local resident Tess Despres Pereira witnessed the incident from her apartment window.
“When I saw the soldiers on alert I realised something serious was happening,” she told FRANCE 24. “Some tended to the injured while others sought to secure the neighbourhood. It’s a very disturbing thing to see. You don’t imagine this can happen in front of your home.”

Nadia Lephrohon, resident of another apartment building directly above the scene, said she heard a dull thud and then soldiers shouting.

“I saw two soldiers on the ground and the other soldiers were shouting. There was another man out there, a bystander, who was saying ‘It’s a car. It went that way. Follow it! Run after it!’”, Lephrohon said.

String of deadly attacks
Islamist militants or Islamist-inspired attackers have killed more than 230 people on French soil since January 2015, including one attack on Paris and another on the Riviera city of Nice.
Operation Sentinel has put heavily armed combat troops in public view as they patrol key sites in military fatigues, at an annual cost running into hundreds of millions of euros.

While it did not prevent the November 2015 attack when gunmen killed 130 people in Parisian cafes and a concert hall, Sentinel troops have disarmed or killed would-be “lone wolf” attackers on several occasions since. There appears to have been an increase in these smaller, “lone wolf” attacks targetting France’s security forces; just on Saturday a teenager with a history of psychological problems was arrested at the Eiffel Tower after brandishing a knife.

This year, assailants attacked soldiers at the Louvre Museum in Paris in February and at Orly airport in March. An assailant shot a policeman dead on the Champs Elysees in the capital in April.

France remains in a state of emergency and at its highest terror warning level.

France is also part of the US-led international coalition fighting the Islamic State (IS) group and has carried out air strikes against the extremist group in Syria.