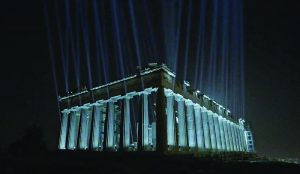 The European Commissioner for Economic and Financial Affairs, Taxation and Customs Pierre Moscovici stated that the Greek people had made enormous sacrifices which should not be lost.

“This is a particularly symbolic moment for Greece. After so many years of sacrifices for the Greek people, the country finally reaps the fruit of its efforts”, he said.

The Commission has decided to recommend to the Council to close the Excessive Deficit Procedure (EDP) for Greece. This follows the substantial efforts in recent years made by the country to consolidate its public finances coupled with the progress made in the implementation of the European Stability Mechanism (ESM) support programme for Greece.

If the Council follows the Commission’s recommendation, only three Member States would remain under the corrective arm of the Stability and Growth Pact (France, Spain and the United Kingdom), down from 24 countries during the financial crisis in 2011.

Vice-President Valdis Dombrovskis, responsible for the Euro and Social Dialogue, said: “Our recommendation to close the Excessive Deficit Procedure for Greece is another positive signal of financial stability and economic recovery in the country. I invite Greece to build on its achievements and continue to strengthen confidence in its economy, which is important for Greece to prepare its return to the financial markets. Swift implementation of agreed reforms is crucial to bring about their positive effects to the Greek society and economy. A long-term growth strategy would help ensure more and better jobs, robust growth and prosperity in the future.”

Pierre Moscovici, Commissioner for Economic and Financial Affairs, Taxation and Customs, said: “This is a very symbolic moment for Greece. After so many years of sacrifices by the Greek people, the country is finally reaping the benefits of its efforts. Following the payment of 7.7 billion euros on Monday as a result of the conclusion of the second review, today’s proposal by the European Commission is recognition of the massive reduction of Greece’s fiscal deficit, to below the euro area average. Greece is now ready to exit the Excessive Deficit Procedure, turn the page on austerity and open a new chapter of growth, investment and employment. The Commission will remain at the Greek people’s side during this new phase.”

Greece has made significant progress in returning to a path of fiscal sustainability. The general government balance has improved from a deficit of 15.1% in 2009 to a surplus of 0.7% in 2016. This is well below the 3% threshold set out in the Treaty on the Functioning of the European Union. This is in addition to the substantial and wide-ranging structural reform packages that Greece has adopted as part of its commitments under the ESM stability support programme.

According to the Commission Spring 2017 Economic Forecast, the positive fiscal performance of Greece is durable. The fiscal measures undertaken in the context of the stability support programme to date are projected to yield savings of 4.5% of GDP up to 2018. The measures agreed under the first and second reviews, which already offset the budgetary implications of the roll-out of the Social Solidarity Income scheme, will continue to make a positive impact on the process of fiscal consolidation even beyond 2018, as effects accumulate. As a result of these efforts, the deficit is now projected to remain below the 3% threshold set out in the Treaty over the Commission’s forecast horizon.

The necessary conditions to recommend a closure of the EDP for Greece have, therefore, been fully met.
Greece has been exempted from separate reporting under the EDP as it has been subject to monitoring under its stability support programme. As for all euro area countries that have benefitted from stability support programmes, Greece will be subject to the normal EU rules of economic and fiscal governance, together with a dedicated system of post-programme surveillance, after it exits the programme.

While it will be subject to the preventive arm of the Pact from 2017, monitoring its fiscal performance will continue in the framework of the ESM programme throughout its duration. Thereafter, Greece should progress towards its medium-term budgetary objective at an appropriate pace, including respecting the expenditure benchmark, and comply with the debt criterion. 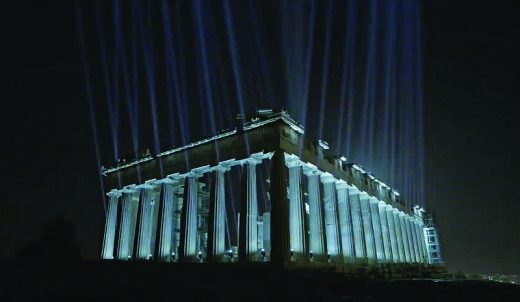