It’s been a scorching week in Washington, what with daily revelations about Russian hacking, the Senate stumbling its way to an Obamacare substitute, and both parties giving way too much hype to a House special election in Georgia. So who would’ve thought that the most prominent man in the news cycle would be a foreign military strategist 2,400 years in the grave?
Thanks to an article by Politico’s Michael Crowley, the Greek historian Thucydides, who chronicled the dismal Peloponnesian War between Athens and Sparta in the 5th century B.C., is the talk of the town. It turns out that Thucydides is a favorite read of some very different factions of Trump’s idiosyncratic inner circle. One the one hand, you have the president’s rumpled political adviser and all-around provocateur, Steve Bannon, and on the other, two of the straight-laced generals who play the role of the administration’s Adults in the Room: Defense Secretary James Mattis and National Security Adviser H.R. McMaster. (Crowley also notes that McMaster’s spokesman, Michael Anton, owns two copies of Thucydides’ “History of the Peloponnesian War.”)
For these men, Thucydides’ ancient wisdom is remarkably contemporary. McMaster once listed the History as one of five essential reads for any military professional, and wrote in a 2013 New York Times op-ed piece, “People fight today for the same reasons Thucydides identified 2,500 years ago: fear, honor and interest.” Mattis brought up that same triad of motivations in his confirmation hearing. As for Bannon, here’s a comparison he made between Fox News and his former employer, Breitbart: “In this modern-day version of the epic Peloponnesian War, the incumbent Athenians might as well know that the Spartans are coming for them, and there’s not a damn thing they can do about it.”
OK, lots of people talk about taking guidance out of the canon of military thinkers, from Thucydides and Herodotus to Clausewitz and Sun Tzu. The question is how they adapt that wisdom to their lives and causes. To get a better grasp as to what “The History” might mean in the 21st century, I talked to two prominent Thucydides experts who, conveniently, happen to be married: Frederick W. and Kimberly Kagan. To the general public, the Kagans are primarily known for their advising President George W. Bush on the successful “surge” of U.S. troops into Iraq in 2007. But more to the point, Fred, a defense-policy scholar at the American Enterprise Institute, is also the son of Yale classics professor Donald Kagan, the pre-eminent American historian on Thucydides and author of the definitive four-volume history of the war between Athens and Sparta. Kimberly Kagan is the founder of the Institute for the Study of War, a think tank in Washington. Here is an edited transcript of our discussion.
Tobin Harshaw: The discussion this week has centered on the so-called “Thucydides Trap,” which many people see as forces that lead inexorably to war when a rising power challenges the existing order. Likewise, a few weeks ago I interviewed Admiral James Stavridis, the former military commander at NATO, and he used the term as a red flag in relation to China. What do you make of the speculation?
Fred and Kimberly Kagan: There is no Thucydides Trap. War is not inevitable. The leaders of states, influenced by their citizens, make concrete policy decisions that can bring states closer to war or avoid it. Thucydides portrays the war between Athens and Sparta as inevitable in order to exculpate from responsibility the Athenian statesman Pericles, whom he much admired.
TH: Even if war isn’t inevitable, the Peloponnesian conflict shows how a rising state, Athens, and a military superpower, Sparta, can blunder into self-destruction. What lesson do we draw from that for today?
FK & KK: It is quite wrong to conclude from Thucydides that war can be avoided by accommodating a rising power. Athens self-confidently challenged Sparta’s leadership of the Greek world. Sparta sought to manage and accommodate Athens for many years before the war, but the more it did so, the more confident the Athenians became. It was that process, rather than any stiff-necked refusal of the Spartans to make room for a rising power, that actually led to the war.

TH: And hardly the last time, right?
FK & KK: History offers other similar examples. Neville Chamberlain sought to accommodate the “legitimate” demands of a re-emerging Germany in the 1930s, which emboldened Hitler and led to a devastating war. The U.S. and Britain likewise sought to accommodate a rising Japan in the 1920s. The British also sought to accommodate a rising Germany at the end of the 19th century, which led to the First World War. This is not to say that accommodating a rising power never works, but rather that it leads at least sometimes to even more devastating conflicts than would have resulted had the dominant powers resisted at the outset.
TH: You mentioned Pericles, and indeed “The History” is as much a story of individual actors as it is of impersonal forces. How does that relate to our era?
FK & KK: There is great danger in personalizing international relations. Pericles’ strategy rested heavily on his reading of the Spartan king, Archidamus, who, he rightly believed, preferred to accommodate Athens rather than fight. But Archidamus was not a free actor. The Spartan war party outmaneuvered him and chose conflict.
This trap is much more real and prevalent than the problem of accommodating rising powers. State leaders often come to feel that they understand their opposite numbers well (often incorrectly), and to make policies based on that understanding. But states are complicated, and few leaders can act with full independence of their advisers, parliaments and people. The personalization of foreign policy regularly leads to miscalculations that can have devastating consequences.
TH: And yet the U.S. today has two potential antagonists who are firmly cementing control over their respective states: Vladimir Putin in Russia and Xi Jinping in China. So to some extent, it seems, things do have to be personalized. Many feel the bigger difficulty is that Putin, in particularly, seems to behave unpredictably.
FK & KK: Pericles’ strategy, which Thucydides much admired and praised, was deeply flawed (as Donald Kagan has demonstrated). It required Athens to hole up in its walled fortress, yielding its rich countryside to Spartan devastation, while using the Athenian navy to conduct limited attacks on Spartan territory. The strategy had to succeed quickly, as Athens only had money to fight such a war for a few years. The Spartans did not behave as Pericles expected, however, and his strategy had no mechanism to compel them to accept defeat. Thus a short war protracted for decades.
Assuming the enemy will comply with our plans is a common error. Failing to think strategies through to their conclusions is another.
TH: And hardly the only two.
FK & KK: Wishful thinking is an even more common fatal flaw. The failure of the George W. Bush administration to have a strategy for Iraq after 2003 is well-documented and led to devastating consequences. Barack Obama’s unfounded conviction that withdrawing all U.S. forces from Iraq in 2011 would not cause any serious problems was another example of wishful thinking. Current U.S. strategies focused on seizing Raqqa in Syria and Mosul in Iraq from the Islamic State are also part of a pattern of short-term planning that does not sufficiently consider what further campaigns will be required to achieve the objective.
TH: So what would Thucydides tell us about trying to reach some sort of lasting solution?
FK & KK: Peace is always desirable, but not always possible. It results not from skillful diplomatic negotiations, as a rule, but rather from the creation of a situation in which both sides (or all sides) are either satisfied with their positions or convinced that they cannot better them by fighting. To be durable, a peace must reflect reality. If one side is violently dissatisfied with the terms of the agreement but temporarily unable to continue to fight, the resumption of war in a short time is very likely.
The Peloponnesian War was interrupted by the Peace of Nicias. Secured at a moment of temporary exhaustion on both sides, the peace was intended to last for 30 years and to put in place arbitration mechanisms to avoid war thereafter. As both sides quickly recovered, however, disputes arose that spurred each to resume hostilities. Conditions for peace had not been set, neither side was prepared to accept what the other was willing to offer, and both sides were willing to continue to fight for what they wanted. War resumed.
TH: Why do I have the feeling we are suddenly talking about Syria?
Clear thinking from leading voices in business, economics, politics, foreign affairs, culture, and more.

FK & KK: We have observed this lesson repeatedly in Syria. Multiple attempts to negotiate even localized truces have failed because the sides were not willing to accept each other’s conditions despite the horrors of war they had already suffered. Many of the actual truces and ceasefires have broken down for those reasons. In such circumstances, warring parties use ceasefires and even peace agreements tactically as ways of getting a breather to recover their strength in hopes of resuming the fighting on better terms. The naïve pursuit of ceasefires and peace deals for their own sake can actually prolong the horrors of conflict decoupled from realities on the ground. 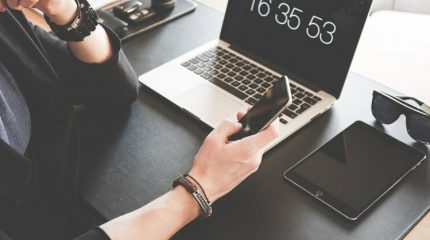 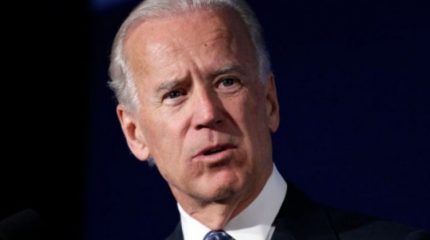