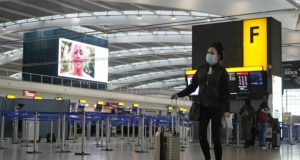 Donald Trump’s move to ban immigrants from seven majority-Muslim countries has triggered a fight in US courts and provoked angry protests in many US cities. But the arguments over its legal and moral merits won’t change many minds. The new president’s supporters and critics are already motivated and mobilized.

Few are neutral on Trump or this policy. But the more important impact of this story is unfolding outside the United States. Trump’s immigration policy has only just begun to create both problems and opportunities abroad.

Canada’s Prime Minister Justin Trudeau saw Trump’s move as an opportunity. Not long after Trump’s announcement, Trudeau used Twitter to make clear that Canada remains open to refugees: “To those fleeing persecution, terror & war, Canadians will welcome you, regardless of your faith. Diversity is our strength.” This was no impulsive gesture.

Since November 2015, Canada has accepted 40,000 Syrian refugees. That’s far less than Germany, Turkey or Jordan have absorbed, but compare Canada’s total with the 15,000 accepted over that period by the Obama administration. Sadly, generosity sometimes comes with a cost; within hours of Trudeau’s announcement, a Muslim-hating Canadian killed six and wounded 17 inside a Quebec City mosque.

As for reaction in the Middle East, Israel and the Gulf monarchs are relieved that Trump will be tough on Iran, which Trump will continue to harass even if he opts not to tear up the nuclear deal with that country. Egypt’s government appreciates Trump’s plan to designate the Muslim Brotherhood a terrorist organization. But anger at the Muslim ban is exacerbated in the Gulf states by Trump’s refusal to consult with leaders in the region or even to warn them of the announcement in advance.

It’s also natural for governments in the region to wonder which countries might be next. Trump faces questions at home about why he chose to include only countries in the region where he owns no hotels, but an attack on Americans by one mentally unstable citizen of another Muslim-majority country will generate pressure on Trump to extend his ban. Saudi Arabia, Lebanon, Tunisia and Jordan have plenty to worry about.

Trump’s vitriol has made that attack on Americans more likely. We must also wonder if/when Trump will add Pakistan to the immigration ban. US-Pakistani relations have been deteriorating for years, and Trump appears to have a personal affinity with India’s Prime Minister Narendra Modi.

But it is in Europe where animosity toward Trump is hardening most quickly. This is an election year in Europe. There will be national votes in the Netherlands, France and Germany. Italy will probably stage early elections. Greece might too.

There is well-founded fear among European Union officials and establishment politicians in all these countries that Trump will follow his support for Brexit with active encouragement of anti-EU populists in all these countries. Terrorist attacks or another surge in Europe’s migrant crisis will only leave the continent more vulnerable to the political forces pulling the EU apart.

Speaking of Brexit, US ties with traditional ally Britain have also taken a hit. A visit to Washington by Prime Minister Theresa May helped the two leaders build a working rapport, but Trump’s Muslim ban, announced almost immediately after she departed, left May in a tough spot. More than 1.8 million Britons have since signed a petition calling for Trump to be barred from visiting the UK. The invitation to Trump won’t be revoked, but the crowds that will greet him on arrival will be loud and won’t be friendly. Throughout his visit, they will heckle his every move.

Finally, at the heart of what’s left of the transatlantic alliance is the relationship between Trump and German Chancellor Angela Merkel. The two leaders disagree on economic questions, on the future of NATO, and on Russia. But it’s Trump’s attempt to slam the door on refugees that underlines just how stark the differences between the two leaders have become.

Facing re-election this fall, Merkel’s greatest vulnerability comes from her decision to welcome Muslim refugees and her steadfast refusal to place any upper limit on their numbers.

Not since the end of World War II have the leaders of Germany and the United States been so at odds. It’s clear that Trump will set many more such precedents in the months and years to come.

* Ian Bremmer is president of Eurasia Group and author of “Superpower: Three Choices for America’s Role in the World.” 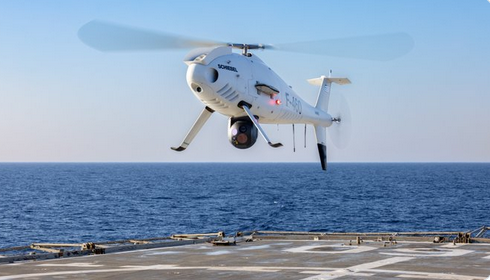 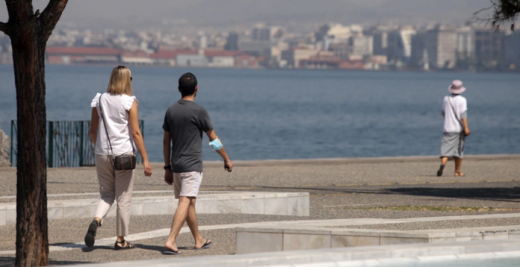 Greece has already entered a hot three-day period of really high temperatures, when temperatures are expected to peak, reaching locally… 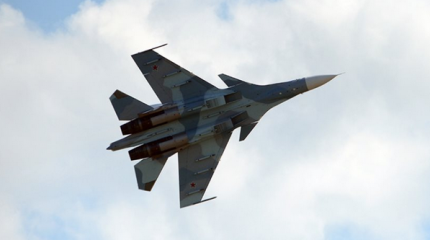 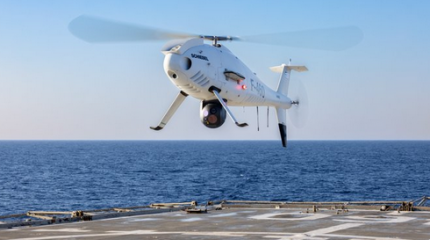 In an announcement, the Austrian company Schiebel, informed that the Hellenic Navy (HN) has completed the tests of the capabilities of the UAV type Camcopter S-100. The…

In an announcement, the Austrian company Schiebel, informed that the Hellenic Navy (HN) has completed the tests of the capabilities of the UAV type Camcopter S-100. The…