Opportunity missed at the Eurogroup

It was billed by some as the Eurogroup to end all Eurogroups, given that a definitive decision on Greek debt relief would have banished the lingering uncertainty about the country’s economic prospects and mostly settled matters between Athens and the institutions for the next few years. It turned out, though, to be a damp squib that probably generated more questions than answers.

The four key issues that needed to be addressed were the conclusion of the second review, which began this fall, debt relief, the fiscal targets for the coming years and the role of the International Monetary Fund, which has been vacillating over whether to join the Greek program.

The meeting of eurozone finance ministers last Monday failed to provide total clarity on any of these issues.

Despite Greek hopes, which somehow always manage to be misplaced, the Eurogroup did not establish that the review was a whisker away from being completed. It simply noted that more work needs to be done in the coming days and weeks.

There was a chink of light for Athens when Eurogroup chief Jeroen Dijsselbloem said that any agreement on labor reforms, which have proved such a sensitive aspect of the current review, should be in line with European Union norms. It remains to be seen what the IMF, which appears to be driving for further liberalization of the labor market, has to say about that.

Beyond that, though, there was nothing tangible on the review that the Greek government could take away from the Brussels meeting. It is not even clear, for instance, when the institutions will return to Athens to attempt to conclude the process.

There was a little more clarity on the debt relief issues as eurozone finance ministers approved the short-term measures put together by the European Stability Mechanism (ESM). The technical tweaks aim to reduce Greece’s debt pile by around 20 percentage points between now and 2060.

This was hailed as a success by Athens, but the Eurogroup delivered no more or less than it had pledged in May. The ESM’s proposals were exactly what was expected and are not a game changer. Greater clarity on the measures that the eurozone is prepared to adopt from 2018 onward to bring down Greece’s debt might have moved the needle. However, medium- and long-term initiatives remained off the agenda, much like German Finance Minister Wolfgang Schaeuble had insisted in the buildup to the meeting.

Athens had argued that if the world was made aware of what measures will be adopted from 2018, it would boost confidence in the country and give the economy a better chance of producing a strong recovery. The IMF had indicated that it would like more information about the medium- to long-term measures to work out if the Greek program adds up. Neither emerged satisfied from last Monday’s meeting in the Belgian capital.

The Fund has long made it clear that it believes Greece needs significant debt relief (something that goes beyond the proposals set out by the ESM) to be able to get back on its feet, and that without it the only way that Athens can reach the 3.5 percent of gross domestic product primary surplus target it has been set for 2018 is to adopt more austerity measures, including further pension and tax reforms.

Greek Finance Minister Euclid Tsakalotos insists that the government and its European lenders have agreed that Greece can reach its goal for 2018, with just some minor tweaks needed to wipe out the remaining fiscal gap.

The Washington-based organization, though, believes Greece will miss the target by around 2 percentage points, which means it would have to adopt at least 4 billion euros in measures to stay on track.

Then there is the question of how long Greece would have to maintain the 3.5 percent primary surplus target. When European Economic Affairs Commissioner Pierre Moscovici visited Athens recently, he hinted that the post-2018 goals could be adjusted downward. Nothing like that was confirmed at last Monday’s gathering. In fact, Dijsselbloem said the discussion had centered on whether Greece could maintain such a high surplus for three, five or 10 years after 2018.

So, it is no surprise that the IMF’s future in relation to the Greek program remains in doubt. Athens tried in vain to keep alive hopes that the review could still be concluded this month and that consequently the IMF’s position would be cleared up but Berlin shot this possibility down. A German Finance Ministry spokesperson said on Wednesday that the Fund’s role would be decided in 2017.

The only glimmer of hope for the government was the vagueness surrounding the issue of whether Athens will be expected to finalize new structural and fiscal measures that will apply after 2018 to help reach the prolonged 3.5 percent primary surplus target. Greece insists it will not do such a thing. It argues that if more debt relief measures are to be agreed in two years, this would allow an easing of fiscal targets and any new measures to ensure the lower goals are met could be decided as and when they are needed.

It is not clear whether such an arrangement would satisfy the IMF or all the eurozone lenders, but if the SYRIZA-Independent Greeks administration is forced in the immediate future to legislate more measures, it is very doubtful whether it will want to continue or could avoid collapsing if it does try to soldier on.

Some might argue that this will lead to a more reform-minded, market-friendly government coming to power, which would benefit the Greek economy. The new administration, though, would face the same challenge. If the primary surplus targets are not lowered, it will have to find ways of closing the fiscal gap. On the back of the spending cuts and tax hikes of the last six years, this is impossible to achieve without upsetting many Greeks and undermining the government’s stability.

Rather than being unshackled by the decisions at last week’s Eurogroup, Greece seems as trapped as it has ever been in its efforts to find balance and stability. The chance to banish the uncertainty that has lingered over the country since 2009 was not taken in Brussels. After so many years, it reflects very poorly on all sides that a formula to end the misery cannot be found. 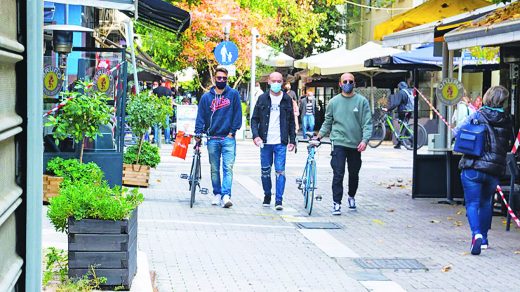 Greek authorities announced that the new laboratory-confirmed cases of coronavirus recorded in the last 24 hours are 1,606, of which…

U.S Secretary of State Antony Blinken on Sunday said: “it would be a serious mistake” for China to strike at…

Kikilias: The plan is for vaccinations of healthy people in their 40s to begin in June

If everything goes according to plan and deliveries for the second quarter are made on time, vaccinations of healthy people… 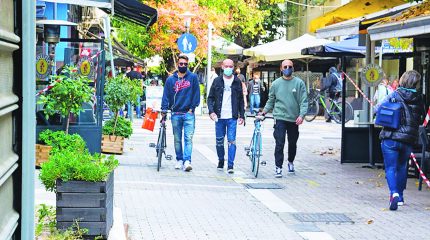 Greek authorities announced that the new laboratory-confirmed cases of coronavirus recorded in the last 24 hours are 1,606, of which 9 were identified after checks at the… 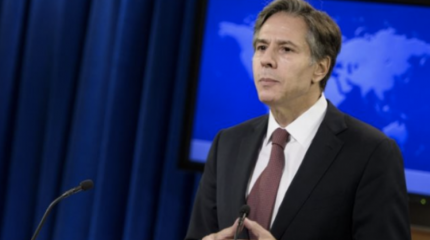 U.S Secretary of State Antony Blinken on Sunday said: “it would be a serious mistake” for China to strike at Taiwan and expressed “real concerns” about Russia’s…

Greek authorities announced that the new laboratory-confirmed cases of coronavirus recorded in the last 24 hours are 1,606, of which 9 were identified after checks at the…

U.S Secretary of State Antony Blinken on Sunday said: “it would be a serious mistake” for China to strike at Taiwan and expressed “real concerns” about Russia’s…