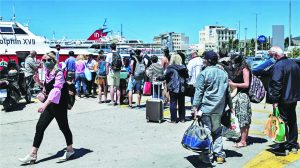 Three-parent child: a miracle of science or a “designer baby”?

The news of a child born from the DNA of three people in Mexico came as a surprise to many, but also spread hope among thousands of people who take recourse to IVF treatment when trying for a baby. Many wonder, of course, if this could ever happen in Greece.
The baby boy that was born in Mexico on April 6 has DNA not only from his mother and father but also, although at only 0.1%, from a third person, a female egg donor.

This solution was selected as the mother suffers from Leigh syndrome, a rare condition affecting 40,000 children and causing genetic mutations in cell mitochondria, leading to neurological disorders and death in approximately two to three years after birth. Before this pregnancy, the mother had passed the genes of this fatal neurological disorder to her first two children who died. She had also gone through four miscarriages.

The parents turned to New Hope Fertility Centre in New York where a team of experts lead by Dr. John Zhang, decided to go on with the first ever so-called “three-parent” technique or “mitochondria donation” in a clinic in Mexico as this technique is not FDA-approved.
In Europe, UK’s HFEA has already evaluated the method’s safety information and is now called to grant approval for implementation on British territory. However, if this does happen, as expected, then Newcastle University’s Fertility Centre shall be the first to file for approval and this new method will be used on women who face high risk of inheriting mitochondrial or genetic conditions to their children.

“As in the case of the young boy born in Mexico, there are conditions that are caused by mitochondria, our cells’ energy generators. Mitochondria have their own DNA. Therefore, there are conditions that are due to faulty mitochondrial DNA. These conditions are passed on to the child by the mother. Doctors had to find a way to avoid inheritance, in the case of natural conception and classic IVF. In this young boy’s case, doctors took the nucleus out of the mother’s egg. Then, instead of just fertilising the donor egg with the father’s sperm, they removed the donor egg’s nucleus and replaced it with the nucleus from the mother’s egg. the new egg was then fertilised with the father’s sperm. This is why they called this method the “three-parent technique”. However, in practice, there are still only two parents involved in the process. The mother’s basic DNA (chromosomes) is passed on to the child. The child is only spared of the mother’s disease-causing mitochondrial DNA”, says Dr Harry C. Hiniadis, Obstetrician –Gynaecologist specialised in IVF and
Laparoscopy, associate in the IVF unit at MITERA Maternity Hospital (http://www.hiniadis.com/).

Speaking of “mitochondrial donation”, Dr Hiniadis explained that “the egg, which is basically a cell, consists of the cytoplasm and the nucleus that contains the genetic material. Mitochondria are found in the cytoplasm. Therefore, when we use the egg in classic IVF or ICSI, we transfer the mother’s mitochondria and nucleus to the future embryo. In the past, removing the nucleus from the egg and inserting it in another egg, of which the nucleus had already been removed and going through this entire procedure with the purpose of creating a healthy egg without faulty mitochondria would be considered as a science fiction scenario. This technique was performed in Central America where 35 children had been born out of it. But no legal framework had been established either in Europe or USA. Three years ago, UK’s Human Fertilisation and Embryology Authority (HFEA) set out the legal framework and approved the conduct of a study for the safety of this method to the scientific team at the University of Newcastle. Now that safety has been established, the first three-parent children in Britain are expected to be born in 2017”.

This medical achievement is been hailed by many but still there is a lot of controversy by those who fear that three-parent children will sooner or later lead to “designer babies”. In Greece, however, many couples wonder how close doctors are to implementing “mitochondrial donation”.

Dr. Hiniadis explained that this is “a matter of regulations and handling; in Greece it is up to the Nationality Authority for Medically Assisted Reproduction to take initiative and legalise such a procedure, as we have found that mother’s DNA is not to blame for eggs that go bad with age. We all know that as the mother’s age advances the possibility for Down Syndrome or other chromosomal abnormalities also increase. However, as it seems, it is not the mother’s DNA to blame but some a spindle, which affect the DNA structure and split it in two during cell mitosis. This results in aneuploidies, i.e. the presence of one or more extra chromosomes which is also the reason for miscarriages and various syndromes. If we remove the spindle from the DNA and transfer the DNA inside the donor egg which has been stripped of its own nucleus but retains the newer one (spindle transfer), we can basically aim at achieving fertilisation with a success rate that is associated with the donor’s age. This is what we anticipate doing in Greece in the very near future. This new method is unique as it takes away the anxiety parents feel when they hear that they must consider egg donation. The child will be genetically their own offspring”.

We should point out that, when it comes to In Vitro Fertilisation, Greece is considered to provide top-level services, thanks to the modern IVF laboratories that operate in the country. Moreover, some of the IVF units in Athens and Thessaloniki are equipped with state-of-the-art technology. Greek embryologists too are highly trained and perform exceptionally in their field.

In which cases will the “three-parent” technique be used?

According to Dr Harry Hiniadis, this method is used to handle two different problems:
a) poor quality of the mother’s eggs (advanced maternal age) and need for younger donor (a problem faced by the general population) and b) conditions attributed to the mother’s mitochondrial DNA, such as metabolic disorders (diabetes), myopathies, neuropathies, the above mentioned Leigh syndrome, myoclonic epilepsies, encephalopathies, bipolar disorders and a large number of neurological disorders that affect 1-2% of the general population.
“The population with mitochondrial DNA disorders may seem low particularly for a small country like Greece with a population of 10 million, but if one considers the population of Great Britain, which is 50-60 million or the USA which exceeds 300 million people, one can see how 1-2% of the population can be translated into a very large number of people” pointed out Dr. Hiniadis. “As neurological disorders are one the rise, not only in terms of diagnosis, but also thanks to detailed etiology, we now have the chance to analyse the causes of such disorders, at cell level, and to provide solutions to those people who need them so that their children can be born healthy”. 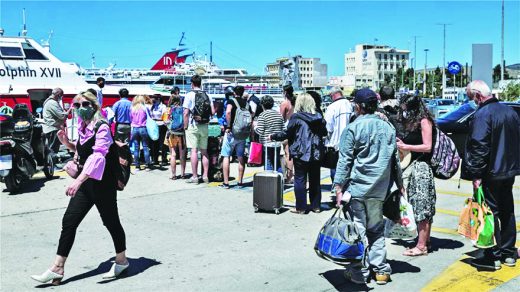 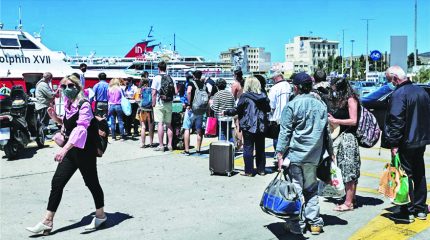 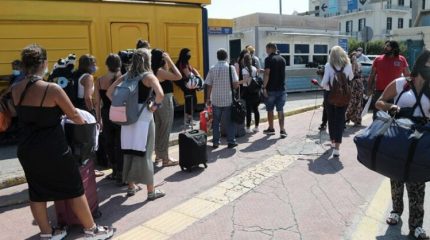