The US States Most & Least Likely To Wear Face Masks (infographic) 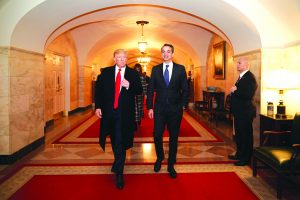 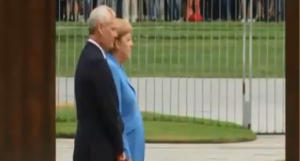 UK sets EP elections date on May 23, with the hope they will not be held

Turkey’s input will be pivotal in overcoming key obstacles preventing a deal reunifying ethnically divided Cyprus, the island’s president said Friday ahead of crucial talks in Switzerland next week.

Nicos Anastasiades, a Greek Cypriot, says he and breakaway Turkish Cypriot leader Mustafa Akinci have made significant progress on numerous issues making an envisioned federation workable. Those issues include ensuring the country’s economic viability and the right of all citizens to live and work wherever they chose.

But he says it’ll take the “resolute contribution” of Turkey and the Turkish Cypriot leadership to reach agreement on core issues such as security and how much territory either side will administer under an envisioned federal state.

A Turkish invasion in 1974 following a coup aiming at union with Greece split the eastern Mediterranean island into a breakaway Turkish-speaking north and an internationally recognized Greek-speaking south. Only Turkey recognizes a Turkish Cypriot declaration of independence and keeps more than 35,000 troops in the north.

Five days of intensive, UN-backed talks in the Swiss resort of Mont Pelerin will concentrate on territory issues on the island. Officials say sufficient progress on this key issue would pave the way for a final summit to hammer out a comprehensive deal encompassing security matters.

But Anastasiades said progress means both sides must produce maps showing how much territory will fall in the administrative zone of each federal state.

The territorial component of a peace deal is crucial – Anastasiades said at least 100,000 Greek Cypriots must reclaim homes and property lost in the war, which would bolster support for any deal that will be put to a vote in both communities. It will also reduce huge cost of an accord in which compensation must be paid.

Anastasiades said “theres no chance” he would accept moving on a final phase of talks if no maps are produced.

He also ruled out allowing Turkey to retain any military intervention rights in Cyprus or to keep troops on the ground after a deal, something that Turkish Cypriots insist is crucial to their security.

“A European state has no need of either guarantors or occupation troops,” Anastasiades said during a televised press conference.

“Occupation troops may offer security for one community, but certainly they create insecurity of the other community,” he said, adding that a beefed-up United Nations police force answering directly to the UN Security Council could provide ample security for both sides.