The issue ratings on Greece’s long-term senior unsecured foreign and local currency bonds have also been affirmed at ‘CCC’.

The Short-term foreign currency IDR and the issue rating on Greece’s Commercial Paper have both been affirmed at ‘C’, and the Country Ceiling at ‘B-‘. KEY RATING DRIVERS Substantial progress has been made towards agreeing the first review of the financial assistance programme with the European Stability Mechanism (ESM) but implementation risks remain.

The conditions of the EUR86bn package are demanding and front-loaded and further measures are required this year to meet the primary fiscal surplus targets of 0.5% of GDP in 2016, 1.75% in 2017 and 3.5% from 2018. Greece’s primary fiscal deficit in 2015 is estimated at just within the programme target of 0.25% of GDP, partly due to a more resilient economic performance than was assumed last year.

The Greek authorities have already legislated for the majority of the specific milestones agreed, most notably to increase VAT and reduce social security costs. However, the package included further unidentified measures totalling 1% of GDP, on top of which there remains a fiscal gap that has yet to be determined but could be more than 3% of GDP cumulatively to 2018.

The main potential stumbling block is the politically sensitive pension proposals, where creditors are pushing for upfront cuts as a way of reducing implementation risks. Prime Minister Alexis Tsipras aims to secure a swift agreement to unlock the promise of debt relief on official loans and to help shore up economic confidence.

Despite a slender coalition majority that includes significant ideological opposition to key reforms, we expect him to be able to continue to rely on votes from centrist parties. Fitch estimates that the government has sufficient buffers (cash, repos and possible arrears build up) to last into May without further ESM disbursement.

However, further timetable slippages and any return to the brinkmanship of last year could lead to increased liquidity strains in the summer and the resurfacing of “Grexit” fears. The next set of measures agreed with creditors is expected to place greater emphasis on facilitating the workout of non-performing loans and strengthening legal processes and institutions which, if successful, would boost Greece’s growth potential.

Whether the IMF formally participates in the programme later this year remains unclear, and will depend on its assessment of implementation risk, government ownership of reform and the size of debt relief. We do not expect principal haircuts on the official debt stock, and debt relief may be delivered in stages contingent on programme performance as a way of retaining incentives.

Overall public debt to GDP remained broadly flat in 2015 at close to 180% of GDP as large positive stock-flow adjustments, including repayment of a EUR10.9bn EFSF bond, offset the fiscal deficit and bank recapitalisation costs.

Fitch forecasts primary fiscal surpluses in 2016 and 2017 slightly above the programme targets, with overall general government debt coming down from a peak of 183% of GDP this year to 181% in 2017. A sharp fall in imports in 2015 moved the current account from a deficit of 2.1% of GDP in 2014 to close to balance, while net external debt remains elevated at above 120% of GDP. The recession has been relatively shallow, with GDP growth estimated at -0.3% in 2015.

In particular, private consumption held up well, growing by some 0.3% last year, partly due to precautionary spending and the limited scope for further large falls in discretionary expenditures.

Capital controls had a less negative effect than anticipated as companies had already stocked up on inventories and households on cash. One unintended consequence of capital restrictions was encouraging a transitionof activities from the informal to the formal economy, which supported GDP, a trend that is expected to continue this year.

Fitch forecasts a decline in GDP of 0.9% in 2016 due to negative carry over effects and fiscal contraction, with a moderate recovery taking hold from 2H16. Last year’s bank recapitalisation represented an important step towards stabilising the financial sector. A higher than expected share of the EUR14.4bn shortfall identified by the ECB Comprehensive Assessment was met through private capital, such that the required ESM disbursement totalled EUR5.4bn, less than a quarter of available funds.

The key challenge remains tackling non-performing exposures, which are extremely high, at 48% of gross loans. Changes to the insolvency law and a new target-setting framework for banks should help, but Fitch expects only a moderate improvement in loan quality from 2017. Greek banks also continue to face very large funding imbalances and incentives to deleverage.

Private sector deposits have barely increased since falling 25% in 1H15 and banks are targeting a reduction in reliance on relatively expensive Emergency Liquidity Assistance, constraining new lending. The migrant crisis has the potential to incur sizeable fiscal, social and political costs for Greece. Continuation of the de facto restrictions of movement imposed by neighbouring countries could lead to a further rapid increase in the numbers of migrants within Greece’s borders.

The recent proposal on returning migrants to Turkey somewhat alleviates this risk, but is yet to be agreed and tested. Resulting political strains on relations with EU partners could potentially also spill over to Greece’s ESM programme, increasing delivery risks. RATING SENSITIVITIES Future developments that could, individually or collectively, result in an upgrade include:

– A track record of successful implementation of the ESM programme, brought about by an improved working relationship between Greece and its official creditors and a relatively stable political environment.

– An economic recovery, further primary surpluses, and official sector debt relief would provide upward momentum for the ratings over the medium term.

Developments that could, individually or collectively, result in a downgrade include:

-A repeat of the prolonged breakdown in relations between Greece and its creditors seen last year, for example in the context of a failure to meet programme targets and worsening liquidity conditions.

-Non-payment, redenomination and/or distressed debt exchange of government debt securities issued in the market or a government-declared moratorium on all debt service.

-Any debt relief given to Greece under the ESM programme will apply to official-sector debt only, and would not therefore constitute an event of default under the agency’s criteria.

Archbishop of Athens and All Greece Ieronymos II expressed the view that Islam and its citizens, was not a religion,…

The latest variant of the F-16 Fighting Falcon fourth-generation, the F-16V or Viper made its maiden flight at the Tanagra air base… 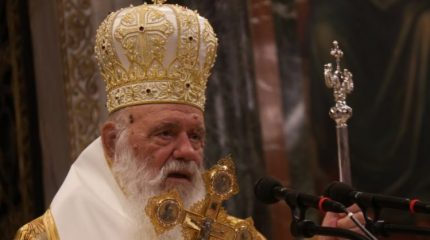 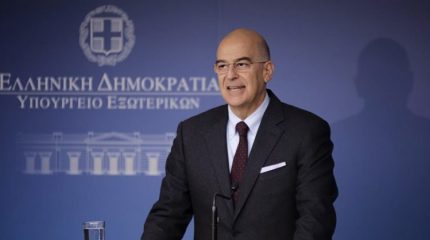