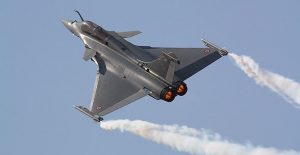 Rafale fighter jet (Burst of Fire) – How good is it?

Tsipras: Aegean must become a sea of peace, cooperation and stability

Neither Greece nor Turkey were the cause of the problems currently facing central Europe, Greece’s Prime Minister Alexis Tsipras said on Tuesday (08/03/2016), during joint statements with his Turkish counterpart Ahmet Davutoglu in Izmir.

We will solve the problems of the refugee crisis together and no one will impose a solution upon us, the Greek premier added.

“The Aegean must become a sea of peace, cooperation and stability,” Tsipras said. With sophisticated technology at their disposal, he noted, an inability to find the traffickers bringing refugees to Europe was not acceptable.

The future of relations between Greece and Turkey had to negotiate major challenges, one of which was dealing with the refugee crisis, he added, noting that the two countries are jointly pursuing a mechanism that will provide a legal entry into Europe, stop smugglers and drownings in the Aegean.

“We state together that what is happening in our sea is shameful for our culture. We must strengthen our relations, overcome mutual problems and build a better future for our people,” Tsipras said.

The Greek prime minister also referred to the Cyprus issue and the increased number of airspace and other violations by Turkey in the Aegean, noting that this was not compatible with cultivating a good atmosphere in relations between the two countries. He also asked Davutoglu to remove the threat of war against Greece, which he described as “remnant from another era” and said he raised with his counterpart the issue of airspace violations and increased dogfights.

Tsipras is in Izmir for the 4th High-Level Cooperation Council meeting focusing on trade, transport and tourism, which ended with the signature of bilateral agreements. He is at the head of a large government delegation of 10 ministers and representatives of 36 Greek businesses and organisations.

Speaking at the press conference, he also announced a new flight route that will link Athens and Ankara and an MOU of cooperation for the ports of Izmir and Thessaloniki. He also said the two sides signed an agreement to build a high-speed railway line linking Igoumenitsa in western Greece to Istanbul and said he hoped Izmir and Thessaloniki will also be linked by ferry.

Separate agreements involve building flood defences at Evros, the border region between Greece and Turkey, and a bridge at the border crossing of Kipi.

On NATO’s operation in the Aegean, Davutoglu said the decision showed the maturity of both countries on issues of national sovereignty. “The issue is the human element, the refugee issue and bilateral problems are put to one side,” he said, adding that neither Greece nor Turkey waive their claims. “Differences concern the airspace and sea, that’s no secret, but we understand that increasing tensions doesn’t benefit anyone,” he added.

Commenting on the airspace violations, the Turkish premier also said it is important for both sides to give directions to the armed forces so as to tackle issues arising from dogfights and avoid any accidents. He said Turkish officers consider national airspace what the Greeks consider Greek and noted that a parliament decision taken in 1996 to threaten Greece with war was a response to a decision by the Greek parliament.

He also said that Turkey has no ambition to change the status quo in the Aegean, citing the cooperation between former heads of state Kemal Ataturk and Eleftherios Venizelos. He stressed the importance of cooperation noting that Greece and Turkey can become a model of cooperation in the Mediterranean, just like the Scandinavian countries in the north. 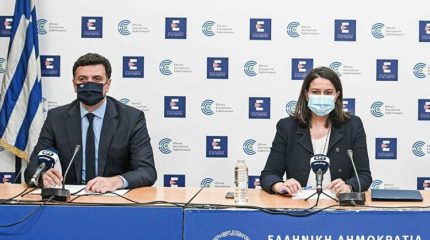 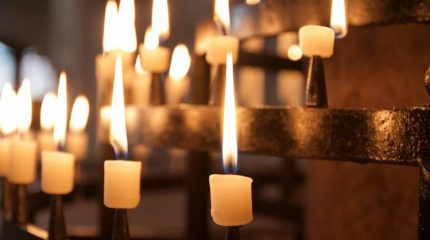