PM Mitsotakis to announce the government’s plan for labour, economy and tourism at 18.00 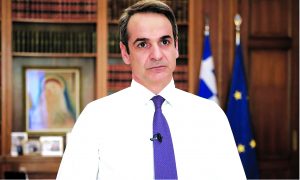 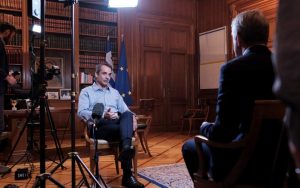 Mitsotakis on CNN: For Greece, the legacy of the crisis is the feeling of collective success 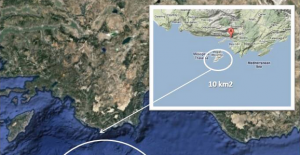 Turkey may be using Qatar-sponsored Al Jazeera to smear Greece 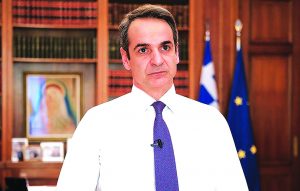 Greek PM Mitsotakis: SMS will be abolished from Monday, May 4 – Key points of the announcement (video)

A peace accord cobbling Cyprus back together again after over four decades of ethnic division is possible in 2016 and will bring opportunity and economic growth, officials say. But sorting out the financial side of reunification will be a huge task.

The challenges of melding the economies of an internationally recognized Greek Cypriot south that enjoys European Union membership and a breakaway Turkish Cypriot north that relies heavily on Turkey’s financial support are coming into sharp relief as the rival leaders press on with tough negotiations into the new year.

That’s why experts from the International Monetary Fund and the World Bank have been recruited to help Nicos Anastasiades, the island’s Greek Cypriot president, and Turkish Cypriot leader Mustafa Akinci to navigate the economic labyrinth of a hoped-for reunification deal that both men say they want to clinch in 2016.

Cyprus was split in 1974 when Turkey invaded following a coup aiming to unite the island with Greece. Only Turkey recognizes a Turkish Cypriot declaration of independence and continues to maintain around 35,000 troops in the north.

The experts this month made the first of many trips to Cyprus to sort out the mechanics of a unified economy before a peace deal is agreed. The benefits are clear: economic growth and rising wealth is needed to make a new federation work and help sell the deal to a long-divided and skeptical people.

“If the settlement talks were conducted in a purely political fashion, without regard to the ensuing economic implications of decisions made, or if these were relegated to a later stage, significant opportunities would be lost for kick-starting the economy of a post-settlement Cyprus,” the United Nations spokesperson’s office told The Associated Press. The person spoke only on condition of anonymity in line with department rules.

The experts will focus on issues including post-settlement public finances in a federated Cyprus, keeping banks stable, taxation and switching the north’s currency to the euro and applying EU law there.

But as is often with Cyprus peace talks, optimism is tempered by reality.

A key challenge to a pact’s political and economic success is dealing with private property lost during the conflict. In particular, experts need to figure out the cost of compensating property owners and where that money will come from.

“Well managed, a solution should be able to pay for itself in the long perspective, due to a higher growth rate, but it will still need external support up front in order to be properly implemented,” the UN spokesperson said.

Most property in the north belongs to Greek Cypriots who fled in the face of advancing Turkish troops. But Turkish Cypriots insist any peace accord should ensure that they hold on to the majority of property in their future administrative zone and remain the majority in population as well.

Sozen said Turkish Cypriots take the issue very seriously because it’s tied to their sense of security and that Akinci, the Turkish Cypriot leader, is “very firm on this.”

Turkish Cypriots see doling out cash for property as the primary way of dealing with the issue, as it would avoid displacing a large number of Turkish Cypriots who have since moved in.

There is no figure on how much this will cost, but the European Union and the US and other countries have offered financial support, according to the UN.

Many Greek Cypriots see the ‘compensation-first’ tack as curtailing their property rights and coming in direct conflict with EU principles that both sides say should be the bedrock of any agreement.

In a terse statement, Cypriot government spokesman Nicos Christodoulides said Akinci’s remarks on the issue show that “there’s plenty of work yet to be done.”

Greece’s cafes and restaurants are reopening for business on Monday following a long hiatus, as they closed just over two… 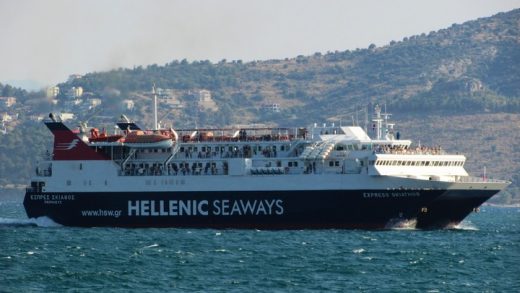 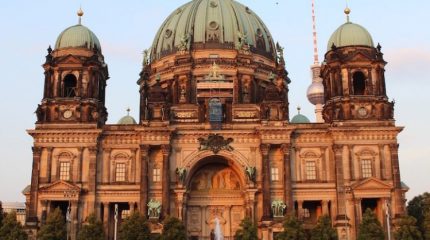 A church in Berlin has opened its doors to Muslim worshippers unable to fit into their mosque under new social distancing rules. Germany allowed religious services to… 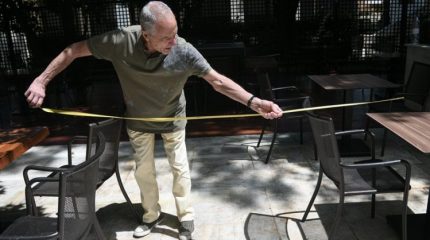 Greece’s cafes and restaurants are reopening for business on Monday following a long hiatus, as they closed just over two months ago due to the coronavirus curfews,…

A church in Berlin has opened its doors to Muslim worshippers unable to fit into their mosque under new social distancing rules. Germany allowed religious services to…

Greece’s cafes and restaurants are reopening for business on Monday following a long hiatus, as they closed just over two months ago due to the coronavirus curfews,…